Incumbent Arnold Invited to Defend
READ THIS NEXT
Can The Richards Group recover from a week of catastrophe?

The car-maker -- which has a Swedish heritage but is now owned by Chinese group Geely -- said it's seeking a global lead creative agency to “focus and strengthen the brand communication worldwide.” Incumbent creative shop, Havas-owned Arnold Worldwide, has been invited to defend the business.

The review is centered around Arnold’s global creative business -- but does not include its account in the U.S, said Alain Visser, senior VP for marketing, sales & customer service. Volvo’s national agencies around the world, including Arnold, will be asked to adapt the work of the winning agency in their respective countries. 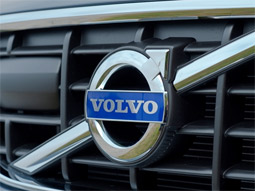 Volvo will hire a consultant to run the review, which will probably include three to four global agencies, Mr. Visser said. A winner will be selected by this fall. Other shops, such as media-buying agency Mindshare and PR agency   Haberman, in Minneapolis, are not impacted by the pitch.

"We are in a time of transformation and we have a very interesting journey ahead of us, further enhancing brand perception through innovation, a new model programme and an improved customer interaction,” said Mr. Visser in a statement. “It is therefore a good time to review our future needs in order to sharpen Volvo Cars’ brand communication moving forward."

Volvo last restructured its agency relationships in December 2011, when it bucked the auto industry trend of using a "team" agency approach. The automaker dismantled its "Team Volvo" structure that was an alliance between three agencies: Arnold Worldwide, SapientNitro and what was then called Euro RSCG 4D . It then consolidated with Arnold.

The agency review comes as Mr. Visser is taking on responsibilities that were previously handled by Richard Monturo, vp-global marketing at Volvo. He is in the process of leaving the company.

"There's new global leadership at Volvo who are rightly coming in and looking at all aspects of the business, specifically the centrally created advertising in Amsterdam," said Robert LePlae, CEO, Arnold Worldwide. "I'm new too at Arnold and we've done our own assessment. This leaves us excited about our continuing work on the U.S. creative and digital, as well as eager and confident for the opportunity at the review to show Volvo what we can do on central branding."

Its budget is small compared to the big automakers like Ford and General Motors. Volvo spent about $80 million on U.S. advertising in 2012, according to Kantar Media. The car company, which changed hands from Ford to Chinese group Geely in August 2010, has been experiencing a sales slide. It suffered a 6% global sales drop in 2012, though it posted a small increase last year domestically.

With the global auto market finally rebounding from the economic recession, several carmakers are searching for new creative shops. General Motors’ Cadillac is expected to pick a winner this month to handle its $250 million creative account.

Porsche recently decided to stay with incumbent Cramer-Krasselt after a review for its $20 million business.