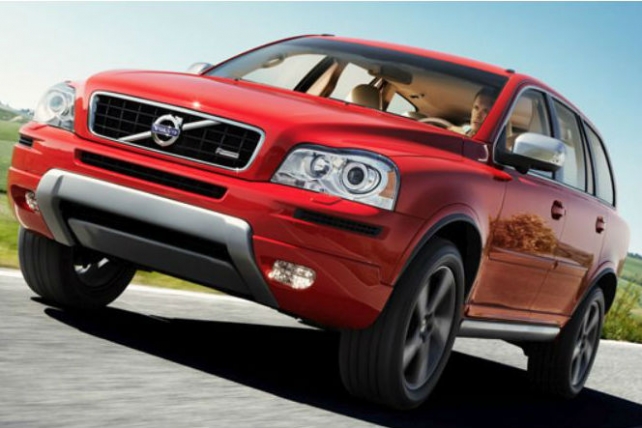 "It will affect the U.S. market," according to Mr. Caetano, who said Grey's New York office will take over U.S. creative duties.

The victory for WPP's Grey came after a six-month long global creative review that was eventually narrowed to six, then four agencies. The four finalists pitched full creative proposals for the 2014 launch of the new XC90 crossover vehicle.

"Grey London has proven that they are capable of delivering what we are looking for. The team has, in a very short period of time, shown a very good understanding of our brand and our needs," said Mr. Visser in a statement to Advertising Age.

Once the automotive paragon for safety and reliability, Volvo has struggled in recent years due to a lack of new models. In a rebounding U.S. auto market, Volvo's sales dropped 6.7% during the first 10 months of 2013, according to the Automotive News Data Center.

David Patton, president-CEO of Grey EMEA said in a statement: "We are deeply proud to have Grey London partner with Volvo Cars, one of the world's most iconic, innovative automobile brands. We can't wait to get started in 2014 - we're going to do some amazing work together".

Global creative shops that participated in the finals included a team from Arnold parent company Havas Worldwide and Grey, London.

Volvo's Scandinavian creative agency Forsman & Bodenfors, the agency behind the spot for Volvo Trucks starring Jean-Claude Van Damme, will hold onto the car business in the Swedish market. The popular spot for Volvo Trucks, which is owned by AB Volvo and is not affiliated with the car company now known as Volvo, aired just last month.

This latest round of consolidation is nothing new for the 86-year old Swedish auto brand, now owned by China's Zhejiang Geely Holding Group, and it's a sign that the automaker continues to look for efficiencies. A few years ago it was using a "Team Volvo" structure that brought together three agencies: Arnold Worldwide, SapientNitro and what was then called Euro RSCG 4D. But in 2011 it consolidated that approach and moved all of its business in the U.S. to Arnold.

Publicis held onto the digital business earlier this year after the merger between Volvo's global digital incumbent LBi and Digitas, the digital agency for various General Motors brands, posed a conflict. At the time, Richard Monturo, VP-global marketing at Volvo, acknowledged his surprise at discovering the conflict post-merger but declined to elaborate on his plans for Volvo's digital marketing and whether it would remain with Publicis Groupe.

R/GA is now tasked with creating a "new long-term digital roadmap," as well as new platforms that "will ultimately help develop Volvo's overall brand communications with consumers," the agency said in a statement. A local presence in Stockholm and New York was a key factor in the selection.

Volvo spent $40.2 million on U.S. measured media through June 30 compared to $50.4 million during all of 2012, according to Kantar Media. The company had 2012 worldwide measured-media spending of $297 million, according to Ad Age DataCenter estimates.