In this World Suicide Prevention Day ad, a man spars with himself, battling invisible guilt 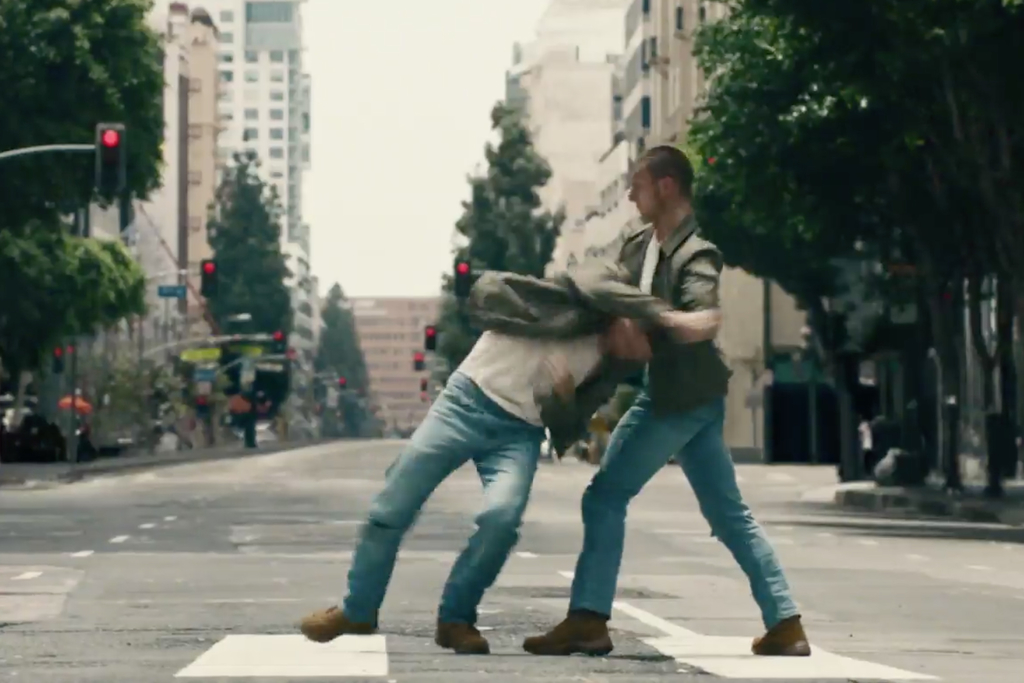 This 60-second spot for Volunteers of America sheds light on moral injury and will debut on World Suicide Prevention Day.

A man is at war with himself, battling intense internal guilt that is invisible to outsiders, but clearly consumes him. That's the premise of a new 60-second spot for Volunteers of America from Dallas-based The Richards Group, the largest independent creative network in the U.S.

“The War Inside” will debut on Tuesday for World Suicide Prevention Day with a New York Time’s Square takeover, running every hour on the Nasdaq and Reuters digital screens. The spot aims to shed light on moral injury, which is described as a blow to someone’s conscience resulting from a personal act that breaks one’s own moral code.

According to Rita Nakashima Brock, a senior VP and director of the Shay Moral Injury Center at Volunteers of America, moral injury can inflict anyone from a working mother who feels as if she’s neglecting her children to a lawyer who defends a guilty client, to a soldier who kills another while acting in the line of duty. Volunteers of America, and specifically Brock, aims to put moral injury on the radar of more people as it’s a relatively unfamiliar term.

Amanda Jackson, The Richards Group art director on the campaign, tells Ad Age that the ad aims to spark a conversation, and be “impactful enough to get people to want to research more about this.”

“All of the assets,” Jackson says (which will include national TV spots on NBC and social, digital and print components), are just “trying to get moral injury out there.”

The agency's copywriter Katie Bernet says that those who are aware of the term associate it only with veterans, but she argues that it can affect anyone. “In the end it would be really great for someone battling moral injury to see the ad and say ‘Wow, that’s what I’ve been dealing with,’” Bernet says, adding it’s always “helpful” to “put a name” to a feeling or issue.

The man in “The War Inside” is dancer Jordan Lovestrand, who is part of Israeli choreographer Danielle Agami’s company. Agami choregraphed Lovestrand's dance in the spot. His struggle in the streets with himself is meant to serve as a metaphor for moral injury, and is illustrated through Gaga, a style of dance developed by Israeli choreographer Ohad Naharin.

“Gaga is a really physical style of dance,” Bernet notes. “Nobody’s really used it in a commercial way before.”

For the TV assets, The Richards Group worked with director Isaac Ravishankara.

The Richards Group has served as agency of record for Alexandria, Va.-based Volunteers of America—a nonprofit that provides affordable housing and other services to low-income people in the U.S.—for the past eight years.