The agency company today announced the formation of Ogilvy CommonHealth Worldwide, a merger of CommonHealth and Ogilvy & Mather's Ogilvy Healthworld. 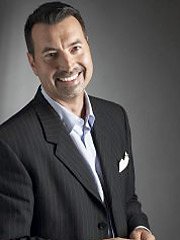 "We have every expectation it will be the biggest, baddest cat in the land," Mr. Giegerich told Ad Age. "The health-care industry is in massive change. There's lots of dynamic stuff happening on the client side. This became an obvious combination."

U.S., global aspects
Mr. Giegerich said the merger builds on the strengths of both agency networks. CommonHealth has a particularly strong presence in the U.S.; Ogilvy Healthworld is known for its deep global network with 55 offices in 33 countries.

"It's critical to have both to succeed," Mr. Giegerich said. "This positions us well in the new world of health-care communications."

There are few, if any, client conflicts, Mr. Giegerich said. The combined venture will work for many of the top pharmaceutical companies, including Bayer, Johnson & Johnson, Novartis, Pfizer, GlaxoSmithKline and Allergan. In health-care marketing, it is common for an agency network to serve multiple big pharma firms.

Ogilvy CommonHealth moves up to the No. 3 position among U.S. health-care agency networks, with estimated 2009 U.S. revenue of $158.7 million, according to the Ad Age DataCenter. CommonHealth and Ogilvy Healthworld had ranked Nos. 5 and 19 in the U.S., respectively, according to Ad Age estimates.

Beth Paulino, CommonHealth's senior VP-director of corporate communications and public relations, said in an e-mail that Ad Age's revenue estimates for CommonHealth and Ogilvy Healthworld were "inaccurate" but that the agency group was "not in a position to be able to provide correct figures."

A press release announcement said the merged venture would be "the single most innovative, resourceful -- and largest -- health-care communications network in the world, with over 1,100 employees in 64 offices across 33 countries."

No agency executives are leaving as a result of the merger, Ms. Paulino said. Earlier this year, Ogilvy Healthworld's New York-based co-CEO, Donna Tuths, left to pursue other interests. Co-CEO Gloria Gibbons, who is based in the U.K., will now head the international operations of Ogilvy CommonHealth.

Mr. Giegerich will operate out of dual offices -- CommonHealth's base in Parsippany, N.J., and Ogilvy Healthworld's office in New York.

No staff cuts
Ms. Paulino said there will be no staff cuts as a result of the merger. She added: "Both groups were right-sized prior to the formation of Ogilvy CommonHealth Worldwide, and, in fact, due to a number of recent new business wins, both groups are actually hiring."

Asked if the agency network would engage in much social media, Mr. Giegerich said, "Hell yeah. Without question, in the U.S. market, digital and managed market activity are the two fastest-growing market sectors. The bottom line here, and the context for the [merger], is that the marketplace is changing and bold moves are required."

Miles Young, Ogilvy & Mather's global CEO, said in a statement: "We are very proud to welcome the CommonHealth family into the Ogilvy network. The two brands are both consistent and complementary. The health-care business is undergoing a seismic shift as clients seek greater efficiency and effectiveness for agency alignments. The scale this venture brings us will be a powerful catalyst to this change, and will give clients access, innovation and creativity, in depth, around the world."