The holding company denies him $279,090 worth of stock as punishment for alleged leaks to journalists
READ THIS NEXT
Massachusetts sues Publicis Health, alleging it ‘fueled’ opioid crisis in state through its work for Purdue Pharma 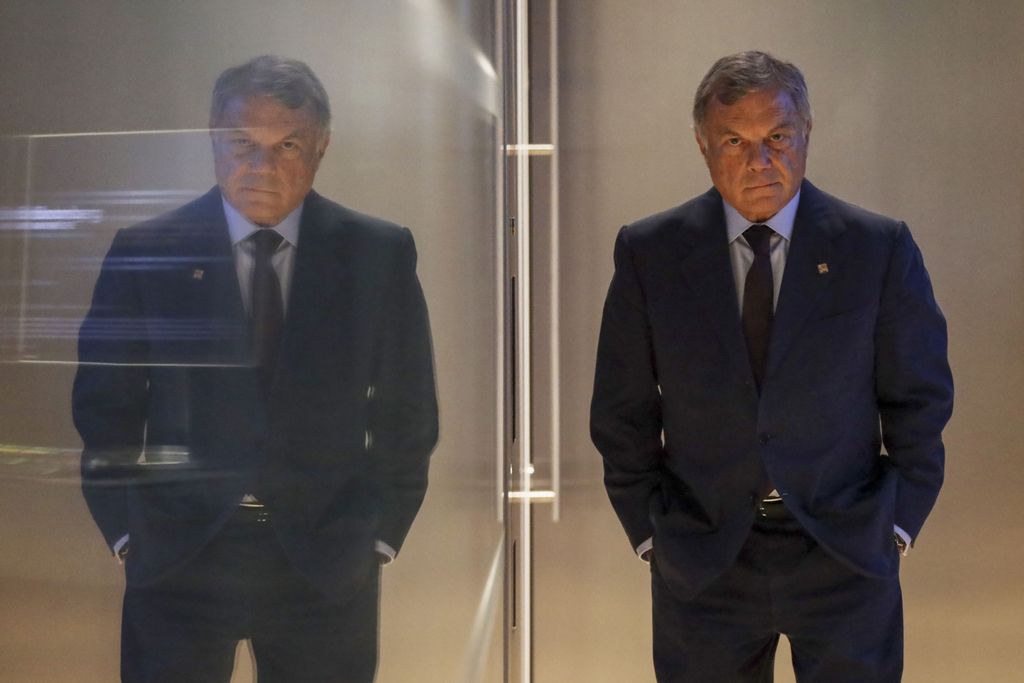 Martin Sorrell launched a furious attack on his previous employer, WPP, after it denied him at least 200,000 pounds ($279,090) worth of stock awards on the grounds that he leaked confidential information to journalists.

The former Chief Executive Officer called the decision “peanut envy,” a reference to his frequent description of S4 as a “peanut” compared to WPP.

“I’ve left it to my lawyers to deal with,” he said in emailed comments. “This petty move, three years after I left, over a relatively small number of shares and with WPP’s recent poor share price performance. It’s nonsense.”

Payments to Sorrell will lapse due to “disclosure of confidential information belonging to WPP and certain of its clients to the media during his tenure as a WPP director,” according to the London-based advertising group’s annual report published Thursday.

He had been due to receive the vested portion of his 2016 executive performance share plan awards, and more next year when the 2017 plan vests, according to a WPP spokesman. The report didn’t describe the leaks, and the spokesman declined to provide details or comment on Sorrell’s remarks.

On April of 2018, WPP confirmed it was investigating Sorrell, in response to undisclosed alleged "personal misconduct." A report from the Wall Street Journal said WPP's board was looking into whether Sorrell had misused company assets and investigating allegations of improper personal behavior by the executive. Sorrell has denied the allegation and publicly lambasted "leaks" to the press regarding WPP's investigation.

Sorrell turned shopping basket manufacturer Wire and Plastic Products into the world’s biggest advertising group with a streak of acquisitions from 1985. But after becoming the FTSE 100’s longest-serving and highest-paid boss, he left under inauspicious circumstances in 2018 after allegations of misusing company funds, which he denied. He swiftly set up a new advertising company, S4 Capital, and said he was out for “revenge.”

WPP’s stock has rallied more than 50% in the last twelve months as CEO Mark Read implements a turnaround plan and advertisers budget for a strong bounce back from COVID-19. The price remains lower than when Sorrell left, and just over half its all-time 2016 peak.