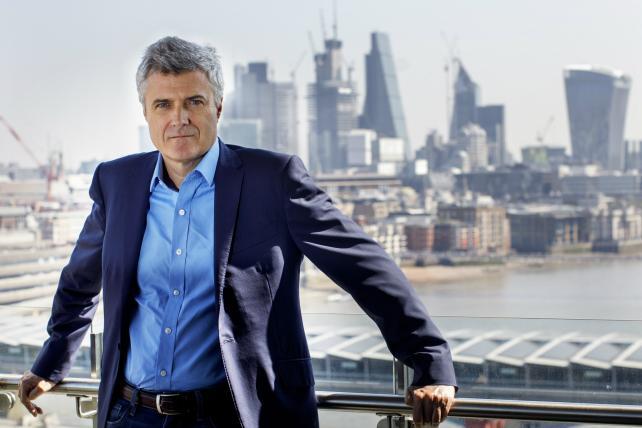 WPP saw a slightly better-than-expected performance in 2018, but the holding company said it is gearing up for a tough year ahead during a call with investors today to discuss its fourth-quarter and full-year 2018 results.

The world's largest holding company said it is making progress in the three-year turnaround plan it unveiled in December — which relies on a structure with fewer companies; a stronger focus on what clients want rather than off-the-shelf offerings; and an investment in creativity, tech and talent.

In a Friday morning call with New York analysts, WPP CEO Mark Read said the major clients it lost in 2018 will start to affect the holding company's numbers in the first part of the year. Those client losses last year included American Express media and creative duties for Ford Motor Co., which shifted to agencies outside the holding company.

"We have made good progress on the strategy we set out in December," said Read. He said the company is focusing on execution, particularly in its North America business, "where we have had a tougher time." He said the merger of WPP agencies VML and Y&R are already seeing "good results from clients."

WPP said it's shed 36 companies since April of last year and "streamlined" its business, raising the equivalent of $1.1 billion in cash proceeds in 2018. Reported revenue was down 1.3 percent to $20.7 billion, while like-for-like revenue less pass-through costs saw a decrease of 0.4 percent. Liberum analysts called the 2018 results "slightly better than expected."

Liberum said in a research note it believes "WPP's shares represent value long term and that, for those investors prepared to wait ... the shares could offer considerable upside."

Read said the holding company continues to have "issues" with its creative agencies, but noted those shops have seen recent successes, including fielding six commercials in the Super Bowl. He said the company needs to invest more in creative.

Andrew Scott, WPP's chief operating officer, said the holding company is nearly at the end of the preparations to sell market research unit Kantar and is planning to launch the process "imminently." He said WPP hopes to keep a significant minority stake in the business to the tune of 30 to 40 percent.

One analyst asked about the spending trends among client sectors, with Publicis recently reporting a drop in consumer packaged-goods spend in the U.S. when the French holding company released its quarterly results.

"We have a very broad mix of CPG clients, but even within that I'd say performances differ," Read said. "Some, I'd say, have gone through an element of restructuring and are starting to grow. Some continue to put pressure on us. And some are … a little bit further behind … it's client by client."

In February, Ad Age reported that Walmart was taking website ad sales and related analytics work handled by WPP's Triad in-house, affecting hundreds of jobs and eliminating the bulk of work for a business WPP acquired less than three years ago.

Read said the company has been working with Walmart to move the business in-house since toward the end of last year.

"I understand their decision," he said. "It's really related to … this being a more strategically important part of their business, particularly in the context of Amazon, who have built a very large advertising businesses. I think we're working with them on the best way to support them in growing that business in the future and transitioning our expertise or transitioning our work to them."