Holding Company Hires Proskauer Following Lawsuit Filed Against JWT
READ THIS NEXT
Q&A: Rob Reilly explains why he is moving to WPP

WPP and its agency JWT have hired external counsel to conduct an independent investigation following a lawsuit filed by the agency's chief communications officer last week. 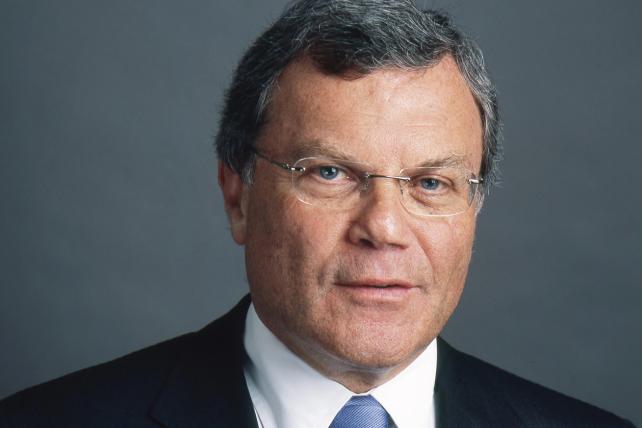 On March 10, Erin Johnson filed a lawsuit in New York against JWT and its Chairman-CEO Gustavo Martinez, claiming, among other things, that Mr. Martinez made numerous "racist and sexist slurs." Yesterday, her lawyers filed an amended suit that took issue with the company's investigation and also asked for permission to submit into evidence a video they say proves some of the accusations against Mr. Martinez.

Today, WPP leadership was sent a memo from the holding company's chief executive Martin Sorrell discussing the hiring of outside counsel. "I just wanted to update you on the Erin Johnson lawsuit. We have decided to retain an outside law firm to conduct an independent investigation into the allegations in the complaint. Bettina Plevan of Proskauer Rose LLP will lead this. Feel free to use this information with clients, our people and other parties as you see fit."

Ms. Johnson is on paid leave and Mr. Martinez remains in his role as chairman-CEO.

JWT confirmed the memo and its content, but a spokesman did not elaborate further.

On the day the suit was filed, Mr. Sorrell also sent a memo to senior execs that said, "WPP lawyers have been conducting an inquiry into previous correspondence on these matters since Feb. 25 and has found nothing as yet to substantiate these charges."

The next day, JWT said in a statement that "we received the lawsuit on Thursday and take these kinds of allegations very seriously. Gustavo Martinez has asserted that the allegations are false. Following our standard practice, we are undertaking a thorough review of the matter and will comment further at the appropriate time and in the course of the litigation."

The company decided this week, however, that it wanted outside expert counsel and decided to enlist Proskauer, according to a person familiar with the proceedings.

Ms. Plevan is a Labor & Employment Law Department attorney at the law firm. She was president of the New York City Bar from 2004 to 2006, a member of the ABA Board of Governors from 2006 to 2009 and chair of the American Bar Association's Standing Committee on the Federal Judiciary from 2013 to 2014, according to her bio on the law firm's website.

According to the Proskauer site, she has represented employers in sexual harassment matters, including "her retention by Meritor Savings Bank to handle the remand of the landmark Supreme Court case in this area. She also handled, on appeal, the landmark case in which the New York Court of Appeals reversed a $4 million punitive damages award against Penthouse magazine on the ground that no punitive damages are available under the State Human Rights Law."