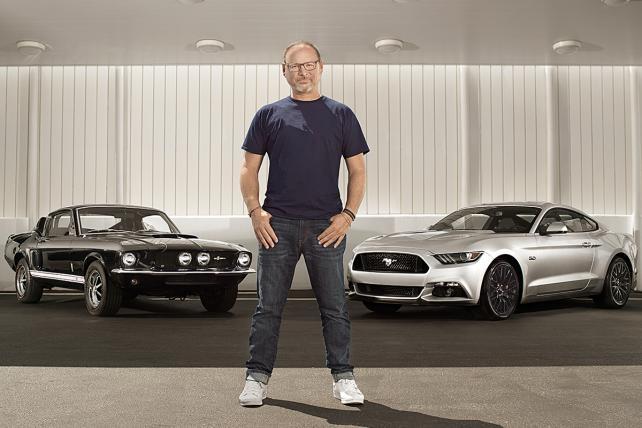 The agency, known as Global Team Blue, or GTB, spans 52 offices across six continents and is headquartered in the shadow of Ford's corporate campus in Dearborn, Mich. Melega replaces Toby Barlow, with whom GTB parted ways earlier this year.

Melega, 50, who came to the U.S. at age 20, has 17 years experience working on auto brands. He oversaw Nissan advertising from 2010-2014 as creative director for the Americas at Omnicom's TBWAChiatDay. He previously worked on Mitsubishi as a VP-creative director at BBDO from 2005-2008. Before that he spent five years on Lexus while a senior art director at Publicis Groupe's Team One. He has been freelancing since departing TBWAChiatDay three years ago in what he described as a mutual parting of ways.

The GTB role is "without a doubt [the] biggest thing that I ever embarked on," he says. But "it is what my life and my career has been preparing me for. So I just can't wait." He points to an early kinship he developed with the all-American Ford brand while growing up in rural Argentina. "Argentina was Ford Country," he says. "I grew up seeing the pickup trucks on the fields with the cattle and the horses." His dad, he adds, drove a 1960s-era Ford Falcon.

Melega, who officially starts in GTB's Dearborn office on Sept. 11, arrives as the automotive market is contracting after years of growth driven by strong SUV and truck demand. U.S. light-vehicles sales dropped 1.8% in August, marking the eighth straight monthly decline, according to Automotive News. (Hurricane Harvey accounted for some of August's decline.) Ford's U.S. sales slipped 2.1% last month, marking its third straight monthly sales slide and seventh in the past eight months. The company in May ousted CEO Mark Fields, replacing him with Jim Hackett. The former CEO of office furniture maker Steelcase had been the head of Ford's Smart Mobility arm.

Under GTB, Ford has supplemented the usual array of ads supporting new model launches with broader messaging touting itself as a "mobility" provider whose business extends beyond selling vehicles and into services such as ride-sharing and bike-sharing. Such corporate branding was part of a pricey ad that ran earlier this year just before the Super Bowl kickoff. Ford has also put more marketing dollars behind experiential marketing efforts like opening urban storefronts known as "FordHubs" that include exhibits touting Ford's investments in futuristic mobility solutions, including autonomous vehicles.

The investments come as Ford seeks to remain relevant as ride and car-sharing services replace car-buying for some consumers, especially in urban areas.

Without getting into specifics, Melega indicated his role will be as much about creating brand experiences as making ads. "The vision we are going to put together is going to be very consumer-first and enriching people's lives," he says. When he was growing up, he notes, people saw cars as a "symbol of freedom and going on that iconic road trip. [But] the truth is if I look at my kids today … they don't have that aspiration, yet. They have different aspirations," says the father of two, ages 11 and 14. "Those are challenges, but therein lies the opportunity."

While at TBWAChiatDay, Melega oversaw campaigns such as "Amazon Giant Box," which involved promoting the sale of Nissan's Versa Note car on Amazon. Nissan gave $1,000 Amazon gift cards to the first 100 customers who bought the Note via Amazon links to local dealers. One of the cars was delivered in a giant Amazon box, generating online buzz.

Melega was also involved in creating Nissan's ongoing "Heisman House" campaign with ESPN that centers around the fictional concept of multiple Heisman winners living together. The campaign recently entered its seventh season. "That is a tremendous example of what full integration can do in the context of a media partnership and it has become a case study for ESPN," Melega says.