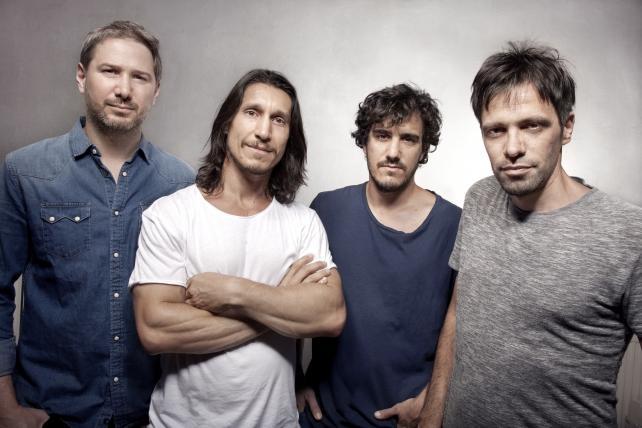 In an exodus of creative talent from Saatchi & Saatchi, four leading Argentine creatives are moving to Santo, a fast-growing WPP agency that likes to say it works for the world from Buenos Aires, for Coca-Cola and other clients.

One of their most high-profile accounts at Del Campo Saatchi in Buenos Aires -- a local brand called Andes beer that has been a big hit at international award shows for years -- is moving with them to Santo.

Santo founder and CEO Maxi Anselmo said the agency has almost doubled in size to about 60 staffers in the past year. Santo has worked for Coca-Cola for years, and in 2015 was one of three WPP shops chosen for a major global campaign. The agency also won Avon's global account last year (shared with JWT), and re-won Vodafone, an account it handled a few years ago. And this year Santo picked up Sprint social media work in the U.S., and is working with Diesel on an upcoming campaign.

In addition to the Buenos Aires base, Santo has small offices in Miami -- to manage Avon, Sprint and Latin American business for Diageo and Sony, as well as some Coca-Cola projects -- and in London.

"All Santo offices share all the projects," said Mr. Anselmo, who is in Chile filming a commercial this week. "An idea can start in Buenos Aires, someone edits it in London, and it is fully complete in Miami."

He said about 80% of Santo's work now is international, and about 20% is for local Argentine clients.

Mr. Itzkoff said that the four Saatchi creatives had been planning to leave and open their own agency.

"This all happened at a time of huge growth for Santo, which made it necessary to have a professional team that could handle accounts of this scale and boost the quality of the work produced," he said. "After several conversations, we decided we could build our project together within Santo, adding creative and strategic talent and becoming a dream team with [partners] Maxi Anselmo, Seba Wilhelm and Pablo Minces."

Given the growing importance of U.S.-based clients at Santo, Mr. Wilhelm and Mr. Minces, who are head of strategy and co-chief creative officer, are living in Miami.

Mariano Serkin, Mr. Itzkoff's longtime creative partner, is taking a break to study. He's at MIT Sloan in Boston now, taking Advanced Certificate for Executives courses, then plans to move on to London Business School followed by some seminars in Chicago, he said. "My personal objectives are to understand the complexity of the digital economy transformation and the design of better strategies in order to guide effective change for brands in the ad industry," he said.

The four creatives heading to Santo and Mariano Serkin were all close to Pablo Del Campo, who started the Del Campo Saatchi agency in Buenos Aires. He was named Saatchi's worldwide creative director in 2014 and left the company abruptly in April 2016.

Kate Stanners, Saatchi's global chief creative officer, said in an email that Ariel Serkin, Rafael Santamarina and Juan Pablo Lufrano have been replaced in the Buenos Aires office by Creative Directors Ramiro Rodriguez Gamallo and Matias Lafalla. The pair worked together previously as creative directors at WPP's David agency, and did an earlier stint at Del Campo Saatchi as a senior copywriter and senior art director, respectively.

Both Santo and Del Campo Saatchi & Saatchi are past winners of Ad Age's International Agency of the Year award, in 2010 and 2011 respectively, in recognition of their entrepreneurial spirit, inspired creative, and success in doing international work from Buenos Aires. Along with several other Argentine shops, they made Argentina an international creative hub.

Many of Argentina's creative leaders started their careers at a legendary Buenos Aires shop called Agulla & Baccetti where, in fact, Messrs. Anselmo and Wilhelm both worked and hired Mr. Itzkoff for his first job, as a junior copywriter.