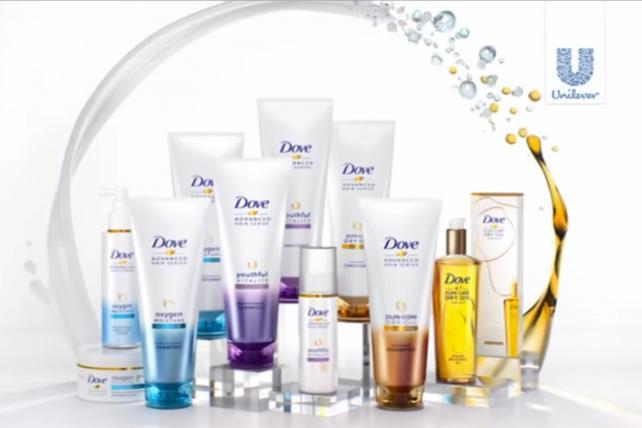 WPP fell the most in a month after one of the advertising company's biggest clients, consumer-product giant Unilever, said it would cut back on its marketing spending, fueling concerns about a broader ad-industry slowdown.

Unilever, which sells Dove soap and Hellmann's mayonnaise, will produce 30% fewer ads as part of a cost-cutting drive, Chief Financial Officer Graeme Pitkethly said Thursday in a phone interview. WPP, whose Ogilvy & Mather agency makes ads for Dove, dropped as much as 4.4%, the most since March 3.

The blow came as WPP, the world's largest advertising company, was already contending with a slow start to 2017 and a weaker-than-expected growth forecast. Auto sales are sagging and consumer-products companies, in response to slowing growth, are looking for ways to save money on advertising and simplify their commitments. Business with Unilever contributes about 3% of WPP's revenue, according to data compiled by Bloomberg.

"Big advertisers are cutting their marketing spend," said Claire Barbaret, an analyst at Invest Securities in Paris. "All of them are trying to cut their costs because we're in a world where there's not much growth."

Unilever didn't give details on its spending plans. The company, which is also selling off its spreads business, aims to reduce the number of creative agencies it employs by about half, Mr. Pitkethly said on a call with investors -- a move which could benefit large agency owners like WPP. Unilever said it will reduce the number of consultants it employs by around 40%.

The moves by Unilever mirror those of Procter & Gamble Co., the world's biggest advertiser, which said on Wednesday that it's halved the number of agencies it works with globally.

"We fed the agency beast by hiring thousands of them," P&G Chief Brand Officer Marc Pritchard said at the 4A's Transformation Conference in Los Angeles.

Unilever, which is seeking to safeguard its independence after fighting off a takeover bid from Kraft Heinz Co. earlier this year, also said Thursday that it plans to sell its margarine spreads business, which includes Flora, Stork, Country Crock and other slow-growing brands.

Advertisers' decisions filter down to ad firms like WPP, Publicis and Interpublic Group of Cos. through the range of services they offer -- not just creating the marketing campaigns but also developing the media strategies and buying up advertising space across formats like television, newspapers and magazines, and the web.

WPP's relationship with Unilever became strained in February when public relations agency Finsbury, majority-owned by WPP, was hired by Kraft to handle its U.K. strategic communications for the $143 billion takeover bid -- effectively pitting WPP against one of its biggest clients.

WPP had no immediate comment on the Unilever moves.