CP&B, Razorfish Will Work on Plum Account
READ THIS NEXT
The Kraken rum hires Eleven as AOR after ‘creative sprint’
Xbox360
Credit:

Xbox is shaking up its agency relationships as it looks to bring in new blood to support its marketing plans, Ad Age has learned. 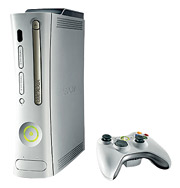 According to executives familiar with the matter, the changes mean that longtime incumbent Interpublic Group of Cos.' TwoFifteenMcCann won't be working on XBox's big fall campaign; that will now be handled by MDC Partners CP&B, which won the assignment after a quiet pitch process.

TwoFifteenMcCann remains agency of record, and will handle new-product work as well as various titles such as Halo. It's one of several major changes that has affected the shop from a number of name changes (T.A.G, then Agency215 to the current name) and the loss of creative talent like John Patroulis, who's now at BBH and working on rival gaming console PlayStation's business.

There are major changes on the digital-agency roster too, as Publicis Groupe's Razorfish is set to replace WPP's AKQA on the business.

"We've had an amazing relationship with Xbox for more than a decade and a long history of helping launch major title and new consoles," AKQA Chairman Tom Bedecarre said. Mr. Bedecarre added that he expects AKQA to be back working in the gaming-console space soon, but declined to comment on whether the company was in conversations with any other console makers.

Agencies either declined to comment or referred calls to Xbox, which did not respond to requests for comment by press time.