NEW YORK (AdAge.com) -- About a year ago David Sable, the man tapped to run WPP's Y&R last week, called up one of his staffers and asked him to come to his office to see a magic trick. Inside Mr. Sable's office sat New York street magician David Blaine, who proceeded to bend quarters and remove watermarks from dollar bills. Random? Certainly. Surprising? Not for those who know Mr. Sable well. 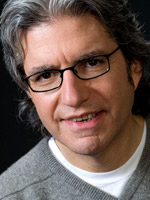 Mr. Sable's marketing background is as eclectic as his circle of friends, which include Mr. Blaine and WPP Chief Executive Martin Sorrell. On any given day, Mr. Sable can be found entertaining someone at his reserved corner table at Manhattan's famed Michael's restaurant.

While burnishing Y&R's reputation may not warrant the use of a magic trick, Mr. Sable, whose been called the Madison Avenue mensch by many, does have his work cut out for him. He's no stranger to tough projects.

In early 2001 Wunderman, then called Impiric, tapped Daniel Morel as CEO and Mr. Sable as head of the New York office. They were tasked with providing direction and leadership to the renowned direct agency, which had lost its way and its identity. Nearly 10 years later, Wunderman is one of WPP's most successful agencies and one of the biggest and most profitable direct-marketing shops in the world, likely to soon pass the $1 billion worldwide revenue mark.

At Y&R, where he's now global CEO, he'll face a similar challenge. And while Mr. Sable doesn't think Y&R is an agency in need of a major turnaround -- "it's not about turning things around, it's more about continuing on the trajectory" -- he does acknowledge that the agency has an image problem. His solution: aggressively chase and win new business.

"I am very aggressive when it comes to new business and I have been for the past 11 years," Mr. Sable said. "For me, being involved in a new-business pitches is one of the best parts of this business. And I plan to be incredibly aggressive in this area.

Mr. Sable replaces Hamish McLennan, who is stepping down to return to Australia for family reasons, according to WPP. Mr. Sorrell asserts that Y&R is far from troubled, having had its best year in 2008 and second best year in 2010.

In 2010 and early 2011 the agency experienced a number of high-profile losses, including MetLife's U.S. advertising account; 7Up, the last piece of its Dr Pepper Snapple Group account, which had been a 40-year relationship; and, in January, Hilton Hotels. And it's fighting to hold onto Sears and a few pieces of Dell business, which are currently in review. (Dell's brand creative remains at Y&R; its consumer and small- and medium-business accounts are in review.) The agency's creative work, however, has managed to improve significantly.

One industry executive who asked not to be identified said the job ahead of Mr. Sable at Y&R mirrors the fix-it project he was handed at Wunderman.

"David is a fix-it guy," the executive said. "He has been around the Y&R network for a long time and at anytime when something needed to be cleaned up and turned around they have called upon David to do it. He's going change the attitude, build confidence there and get everyone looking forward instead of looking at the ground. That's what he's good at."

A 30-plus year veteran of the industry, Mr. Sable started his career at Y&R as a trainee from 1976-77. He then spent some time at WPP PR shops Burson Marsteller and Cohn Wolfe. He spent five years in the '90s at Y&R before joining Wunderman in early 2001.

Mr. Sable said his eclectic background will bring a different perspective to the agency and an expanded view of what it can do. "My digital background is second to none," Mr. Sable told Ad Age. "I have been on the startup side and media side and I have a particular view of how the digital world works."

Brian Fetherstonhaugh, chairman-CEO of WPP's OgilvyOne Worldwide, described Mr. Sable as a strong leader who is deeply connected to his agencies' clients. "He is passionate about his team and has a track record of making a business grow," Mr. Fetherstonhaugh said. "He's got a ton of experience running a digital direct network and that is an advantage in the changing ad world. It's put him front row center on how the technology landscape is changing and how consumer behavior is changing."

Howard Draft, executive chairman of Interpublic Group of Cos.' DraftFCB, called Mr. Sable a good strategist who understands the global nature of the business. "He has demonstrated that really well at Wunderman and helped develop and build that company into what it is today," Mr. Draft said. "With the world heading into such a new media/digital platform he is the perfect match. David's experience will make Y&R that much stronger."

Mr. Sable said one of the big challenges he faces will be grounding the agency in digital. "That's going to be the challenge because that's a cultural, educational and social challenge," he said. "When you look at digital activation there is a difference in the type of work that Wunderman and Y&R does and should do and we will be looking at that too."

He said there will be opportunities for Wunderman and Y&R to work together like there have always been in the past but the two will not be integrated. "We are not looking to homogenize because when you homogenize an offer you lose the best of both," Mr. Sable said. "There will be opportunities to work together that are critical and can add value to our clients and I will push every one of those. Clients want solutions to their problems and I will drive solutions. And Wunderman is clearly high on my solution set."

And it will not take long, within the next few weeks in fact, for him to put his mark on the agency. "You always want to put your own mark on things and I will," he said. "I don't believe anything is broken but there will be fine-tuning and I will put my spin on it. You will see a lot of focus on new business, ideas, training, the kind that links people together and creates networks, and huge emphasis on digital advertising."