Y&R Treats Longtime Employee to Trip Around the World 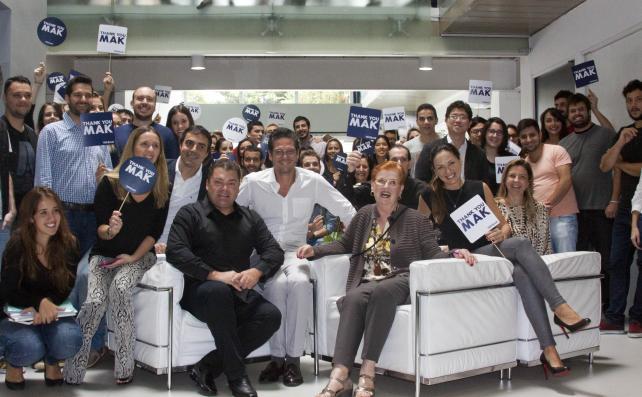 Mary Alice Kennedy during her trip around the world.
Credit:

While job-hunting in 1965, the only thing Mary Alice Kennedy told a well-connected friend of hers was, "I just don't want to work in an ad agency." Things didn't really go to plan.

After being coaxed into an interview for a researcher position at Y&R on the basis that "this place is different; it's special," she found the workplace chemistry she was looking for and was hired on the spot.

After 49 years with the agency, Ms. Kennedy -- or MAK as she's known in the network -- retired from her job as head of global intelligence, but not without a great big thank you gift from Global Chairman and CEO David Sable.

For her years as an invaluable resource for different offices around the world working on new business opportunities -- providing best practices, as well as intel on the agency's experience in various categories -- and building the network's Global Intelligence Group, she was rewarded with a trip around the world to visit some of her favorite Y&R offices.

The woman who spent hours pulling files in the agency's pre-internet phase hit up Milan, Rome, Singapore and Brazil. Her sister Anne served as her travel companion and digital consultant, helping to set up and update a blog along the way.

In Rome, Ms. Kennedy took in a Pope Francis-led mass at Saint Peter's Basilica in Vatican City, as well as "Giselle" at the famous La Scala opera house. In Singapore, there was dim sum, as well as high tea at the legendary Raffles Hotel. In Latin America, she chose to visit the Sao Paulo and Rio de Janeiro offices, having worked closely with them on the Casa Bahia account -- the country's biggest retailer. There Ms. Kennedy had a photo op with Brazil Chairman and CEO Roberto Justus, whom she described as "the Donald Trump of Brazil." He has a weekly talk show and his own version of "The Apprentice."

"I told him to let me know if he ever opened an office in Ipanema, and maybe I'll come out of retirement," she said. Until then, Ms. Kennedy will continue publishing an online newsletter called "The Link," which include updates from Y&R retirees.