Yahoo Reaches Out to Agencies for Big Brand Campaign

Yahoo has reached out to agencies to create a consumer brand campaign, according to people familiar with the effort. 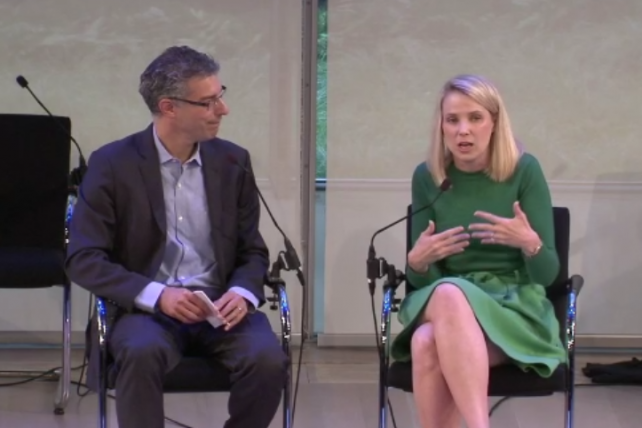 Yahoo was once known for being a significant TV spender, complete with a signature yodel at the end of its spots. The company is considering all media, including TV, for the new push, the people said. It's not clear whether the effort is being overseen by Chief Marketing Officer Kathy Savitt, who joined Yahoo back in September 2012.

There is no consultant. Yahoo itself reached out to specific agencies, inviting a smaller number of them to pitch ideas later this month. Over the years the company has worked with shops like WPP's Ogilvy and Omnicom's Goodby Silverstein & Partners, the latter of which was Yahoo's agency of record from 2009 to 2011. It's believed the company has not had an AOR relationship since.

Yahoo had approached a number of Los Angeles-based agencies in the spring of 2014 to create brand campaigns on a project basis for some of the portal's sports properties, but nothing came of the talks. Yahoo eventually took the work in-house, according to a person familiar with the matter.

However, despite some big moves, Ms. Mayer has yet to revitalize the portal's business. Since her arrival the portal has acquired more than 30 companies including Tumblr; poached mainstream talent like Katie Couric and cosmetics mogul Bobbi Brown; relaunched several of its properties including its home page and created new ones like Yahoo News Digest; and signed content deals to stream "Saturday Night Live" clips and the upcoming season of former NBC show "Community." Yet Yahoo has experienced six consecutive quarters of year-over-year total revenue declines and seven straight periods without growth in display ad revenue.

Ms. Mayer just Thursday talked about the importance of the Yahoo brand during an event at Advertising Week in New York. "One of the things we've had through our history is a personality and a point of view," Ms. Mayer said during an interview with Robert Safian, managing director of Fast Company. "Yahoo has a brand, a value, a perspective."