How to Fix the Broken Agency Model

The idea that the agency model is "broken" is something that's been kicked around the advertising world for a while now, with few concrete ideas to suggest what might replace it -- until recently. During a spirited speech at the Association of National Advertisers' Masters of Marketing conference this October, PepsiCo president Brad Jakeman called out ad holding companies' lack of interest in acquiring content studios and the apparent reluctance of advertising veterans to move away from traditional platforms like TV.

While I'm not on board with the argument that the advertising world hasn't caught up to our digital reality, I can't disagree that the agency model is overdue for a full overhaul. It goes without saying that the days of producing a TV spot with some print and digital work to back it up are over, yet this is the workflow many agencies are still structured for. Brands are now expected to produce thousands of pieces of content in an endless cycle, on a fraction of the budget they might have had for a campaign 20 years ago. This is a state of affairs that most agencies completely understand, but are not set up to accomplish in the most effective, efficient way.

It's time for a better, smarter way of doing business. Today's client needs call for a model that grafts the creative assets of the traditional agency onto the structure and technical capabilities of a production company. Where planning was once integral to the usefulness of an agency, these days things move so quickly that the ability to be flexible and react instantly is often a more valuable and useful skill. This is what the production structure and mindset allows for. Here's what else it brings to agencies:

1. A production model allows agencies to bring content to market quickly. There's no waiting for back-and-forth with third-party production companies. There's no drawn-out approval process, no time spent briefing someone else's creatives, no worry that your team won't mesh with someone else's. You control the creative process and the production schedule, from start to finish.

2. It enhances the creative process by allowing for experimentation. Just as startups innovate through rapid prototyping and endless testing, agencies with production capabilities built in can keep pushing their ideas forward, and discard what doesn't work, without paying a third party for the project.

3. The agency production model allows you to produce a huge variety and volume of content across platforms. Delivering beyond the brief and showing your client that you're capable of iterating and pushing your creative in many different directions is hugely valuable.

4. It allows agencies to react to what's happening in the news and in culture in real time. It's not enough to just create content for your clients -- it needs to be relevant. This is crucial for brands trying to gain earned media and have a voice in the larger cultural conversation.

The agencies that are well placed in this era are those that were born from production companies in the first place, and later evolved into creative agencies. They have built their creative process off a production foundation and now are finding that they are well-suited to the current climate. But that's not to say that traditional agencies can't catch up. In fact, some larger agencies are wisely beefing up their production capabilities by building studios and hiring in-house production teams. In the coming years, those that don't or can't do the same will likely find themselves left behind. 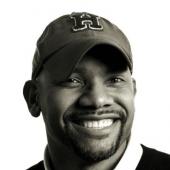