Since When Did 'Advertising' Become a Dirty Word? | Ad Age
Skip to main content
Sign In Register

Since When Did 'Advertising' Become a Dirty Word?

The A-Word Has Disappeared from Our Industry Vocabulary
READ THIS NEXT
Opinion: Will Sorrell's exit help creativity regain center stage?

What's wrong with "advertising?" I don't mean the industry (although there is definitely a lot to talk about there), I mean the word "advertising." Because that is the business I am in, but I seldom hear the word these days.

Instead, I hear everyone saying every word under the sun but the A-word.

Has the word "advertising" become the advertising industry's "Macbeth?" Throughout the theatrical world, so loaded is that title with superstition and even a supposed curse that Shakespeare's wicked work is referred to as "The Scottish Play." But those thespians are a flighty lot. Surely we don't have the same concern about "advertising." Or do we?

In some sort of etymological cleansing, the A-word seems to have all but disappeared from our industry vocabulary.

Of course it is advertising. But unfortunately, that makes branded content seem not as shiny and sexy and new. And of course that's where there is an interesting tension in the ummm, well, whatever industry I work in right now. So don't tell anyone.

By removing the word "advertising" from our industry, it effectively means that anyone with a camera device and a graphics package to superimpose a logo can be in the industry formerly known as advertising. Because they are doing branded content. Which of course is like saying I shot some footage of a busker knocking cymbals with his knees on my Samsung Galaxy s4 and that makes me a filmmaker (by the way, was mentioning my phone's maker disguised as native content? Was it an endorsed editorial? Was it cash for comment? Influencer strategy? A clever ambassador program?). Samsung, Samsung, Samsung.

This is why I can't understand why the word "advertising" has gone away. Because none of the stuff I really see out there is exceptional or ground-breaking advertising. It is its own different thing. But it is not advertising. Good advertising makes you do something -- not passively sit and consume without any compulsion to do much other than "view" or "like." Or (furball cough) "share."

I am going to butcher a couple of quotes once said by someone about television. They went something like this: "Television is like chewing gum for the eyes. Boring, tasteless and indigestible." And "Television is a called a medium. Because anything good on it is rare." Now these pithy epithets were railing against the quality of content on TV during its heyday. Which apparently someone said has passed.

Whether TV prematurely died and was buried or not, the same could be said for any form of branded content. There is a real risk that branded content is trying to do a job that TV used to do -- provide entertainment that was sporadically sponsored by advertising, but -- and get this -- all in one. Wow. Talk about new and improved.

Entertainment should be entertainment. And branded pieces should do what they do best -- relentlessly and unapologetically promote the client's brand in such a compelling way as to inspire behavior change and action. In short, buy the product or the message. When you watch TV, you know when the ads come on, because they are ads. But to move away from the power and force of the advertising style is to forgo a powerful truth about human nature: People don't actually buy things -- they get sold things. And everyone loves a passionate sales pitch. I mean, everyone.

Branded content has been called, and I hate this phrase, "storytelling" (my second most-hated word since "journey"). Which is nice and well meaning. But the story better be damn good. Otherwise it is an anecdote without a point. And I hear those at dinner parties all the time.

Advertising is a very powerful combination of communication, art, psychology and intuition. It is about selling. Not telling. And selling is a skill that requires a result -- buying.

I want "advertising" reinstated at the forefront of what we do. Not to be hushed away like it is some sort of quaint expression from a dusty past. We will leave that for words like "color television" and "cassette tape".

And I don't know about you, but whenever I have to fill in a form that asks what occupation I am in, I don't write social media director or branded content creator. I write "advertising." 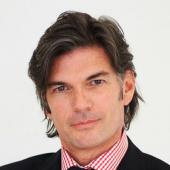