Where Is Advertising's Comeuppance on Sexual Harassment?

For the ad industry, near silence has followed weeks of sensational revelations about Hollywood's long-standing sexual harassment and rape culture.

While those Hollywood allegations have filled this publication's pages, a short roll call of of advertising industry giants has not occurred. This is despite Cindy Gallop's call for action in mid-October for an industry reckoning.

But what exactly does this silence represent? Does it mean ad agencies and others in the business are quietly attending to these issues and purging their ranks of perpetrators?

That interpretation is too good to be true.

What if the ad business isn't going to have visible actions and symbolic reactions to rid itself of sexual harassers still in its ranks? Then it must gain more visibility in questioning itself and its historical treatment of women to build a better future for all practitioners.

I know sexual harassment exists because this has been the testimony of some of my students. Sexism and harassment can be especially acute for female interns.

A few years ago, my campus refused to carry job postings from a local agency after women reported they had been sexually harassed and used as sex objects at agency events. With two other employees on my campus, I confronted the agency leadership.

When agency principals tried to sidestep their own responsibility, saying the main perpetrator was no longer an employee, I asked them this question: "Where were you?" The two men representing the agency had no good answers. They had attended the sexualized events and were aware of the harassment. But they had been silent, complicit.

One year ago, we asked them to write a report about how conditions at their agency had changed. We are still waiting on that report.

Other negative behaviors often accompany harassment at agencies like this one, according to our students. This includes alcohol consumption and underage drinking on the premises during business hours, and insane working hours for interns.

It is my job to speak up on behalf of young professionals, both women and men, and to ask these questions of the industry now: Where are the voices of those who have been sexually harassed in the ad business? Who should be driven from this industry? Why the silence?

In addition to coverage of Gallop's call to action, at least a few voices have sounded off on the prevalence of sexual harassment in these pages.

In August 2016, Ad Age published results from a 4A's study, showing that "half of women in advertising have experienced sexual harassment at least once." The same study found that one-third of the women respondents believed they had not received promotions or the best projects at work because of discrimination.

Earlier that same year, 4A's President Nancy Hill urged the industry both to acknowledge its problems and to create healthier working cultures within it.

Working from another vantage point, many academic scholars, including myself, have conducted research on sexist images produced by the ad industry. These images fit the narratives now coming from Hollywood women: women as sex objects and decorations; men as powerful and violent.

These images may also serve as mirrors for some in the ad industry itself.

As a professional woman who has encountered sexism and sexual harassment in my own working life, and who has observed it across nearly three decades of research, I will not be silent.

By standing up for my students, I've tackled this issue recently in my own community. That is where I have power to speak truth, to confront, to refuse to do business with those who are complicit in harassment, and to counsel young women who have experienced it.

Countless surveys of women, workplace policies, and gender-equality and gender-equity initiatives have not made enough difference. This national moment should not be dismissed as disconnected from our industry.

I'm asking that you raise your voice, in your own large or small professional spaces. That's where you have power to identify and stop harassers and harassment. It's the only way that this will ever end. 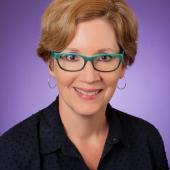 Jacqueline Lambiase
Jacqueline Lambiase, Ph.D., is professor and chair of strategic communication at Texas Christian University. With Tom Reichert, she has edited and authored two books on the use of sexuality in advertising.
Follow View all articles by this author