An Exiting Agency CEO Looks Back on the Last 40 Years
READ THIS NEXT
Opinion: Will Sorrell's exit help creativity regain center stage?

When I started in advertising, there was no guarantee that your job would still be yours after maternity leave. No law protected you against sexual harassment.

It was 1975, and my first job after graduating Phi Beta Kappa magna cum laude from Smith College was as a secretary at a prestigious publishing house in Boston. While I started out taking dictation and typing, my male counterparts from Yale got to write the book-jacket copy in the promotions department. And, the pay assumed I had a trust fund. I switched to the client side and three years later started ascending the ladder at Chicago and New York advertising agencies. By the late '80s, I was running the New York office of a respected direct marketing agency. Although I was proud I had proven my prowess, I didn't object when the agency's head told me I could have the top job -- but not the title -- because clients wouldn't feel comfortable with a woman at the helm.

A woman in advertising in the '80s needed two kinds of grit: the grit to work hard and the ability to grit your teeth with a smile.

In my view, it wasn't until 1991 that Anita Hill gave women a new voice through the legal protection inspired by her testimony during Clarence Thomas' Supreme Court hearings. A month after she spoke explicitly about the sexual harassment she had endured, Congress passed a law enabling sexual harassment victims to seek damage awards, as well as back pay and reinstatement. The alarm bells rang in corporate America. Sexual harassment training programs began, behavior (especially informal banter and jokes) changed radically, and women dared to start telling male co-workers to stop making disparaging comments.

I was president and CEO of two direct marketing agencies before becoming head of a digital services agency in 1997. We did Morgan Stanley's first corporate web site and the first online advertising campaign for then-Bell Atlantic. They were heady times.

In 2002, Interpublic asked me to co-found a rollup of two media services agencies within its network. It was at the height of unbundling media services and a challenging opportunity to fuse the best of two starkly different cultures. The culture that I instinctively nurtured was distinct in how welcoming it was to people from a variety of backgrounds, especially those under-represented on Madison Avenue.

By 2006, the spotlight was intensifying on the lack of racial diversity in American advertising agencies. That year the New York Commission on Human Rights negotiated groundbreaking agreements with the city's largest advertising agencies to diversify their workforces, particularly in managerial and creative positions. As head of the Rainbow PUSH Coalition, Reverend Jesse Jackson spoke at the ANA's annual conference and made this a national issue.

By that time, however, ID Media was already two-thirds women and 40% people of color, with 25% of our officers also people of color. Michael Roth, CEO of our holding company IPG, embraced diversity and inclusion beyond a mandate. He saw it as a business opportunity. Working with Chief Diversity Officer Heide Gardner, he set goals and introduced innovations such as linking executive incentives to scorecards that measure agency diversity. He also began hosting an annual IPG Inclusion Awards program to honor agencies and individuals demonstrating leadership in driving diversity.

As a "put your money where your mouth is" sign of its own commitment to inclusion, IPG Mediabrands is launching a new scholarship program to assist talented young women from liberal arts backgrounds who want to explore careers in the media business in NYC, but face restrictions because of their financial situation. Offered to students at my alma mater, it will provide a 10-week internship, a stipend to cover the cost of living expenses, and a subscription to an online digital marketing learning program. It will be known as the Lynn Fantom Scholarship Program.

This July, having just retired after 40 years in communications, I stepped onto the stage at the IPG Inclusion Awards ceremony for the last time to accept ID Media's 2015 award as a Champion of Inclusion. As I looked out among the hundreds of employees in the audience, I recognized many faces. An openly gay CFO who's a new father. An African-American woman who is a director of procurement.

It occurred to me that we've come a long way. Driven by political action, legal protection, and the policies of bold corporate leadership, advertising is a kinder, gentler place today. I began to reminisce about ID Media's Take Our Daughters and Sons to Work Days and how powerful it is for kids to see all of us in all of our diversity. Success, after all, goes far beyond what it brings to individuals. We have the opportunity and responsibility to imprint the image of who a leader is in the minds of all of our Olivias, Jamals and Santiagos. Here's to how the next generation of leaders will build upon that course. 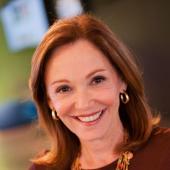 Lynn Fantom
Lynn Fantom is co-founder and chairman emeritus of ID Media, an IPG Mediabrands agency. She retired as CEO of ID Media in June after 40 years in advertising and communications.
View all articles by this author