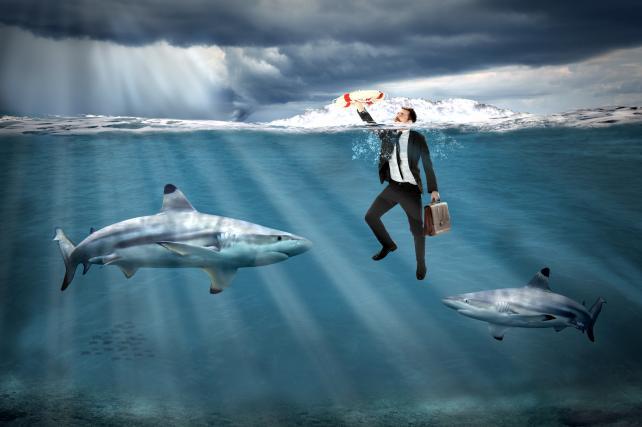 Every year since 1998, Discovery Channel marks midsummer with the spectacle of "Shark Week." Broadcast in over 70 countries, the tonality of the of programming has recently titled towards the tabloid. This year includes segments like "Great White Shark Serial Killer Lives," "Great Hammerhead Invasion" and Olympic gold medalist Michael Phelps (somehow) racing a great white shark.

This is dangerous for both the planet and the brand health of Discovery's advertisers. We need to educate the public about shark conservation. And, yes, it's a smart move for brands to get involved.

A dangerous decline
The killing of sharks en masse is a new phenomenon, with globalization catalyzing the market for fins. Diners in China see shark fin soup as a status symbol, and are willing to pay up to $450 per pound of fin. The pectoral fin of a basking shark, the second-largest fish in the ocean, can run upwards of $50,000.

A shark must famously keep moving to breathe, so when their fins are cut and they are thrown back into the sea, they sink to the ocean floor and either drown to death or are eaten alive by other animals. A 2013 study found that up to 100 million sharks are killed each year, with 6 to 7.9% of all species killed annually. As a keystone species, sharks keep fish populations in check, maintaining the balance of "food webs" in the sea. Without sharks, the health of the ocean would drastically decline.

Brand hook
What does this have to do with brands? Quite a lot. Sharks kill fewer people each year than lightning strikes. Nonetheless, there is an obsession with the "killer shark" trope that the media and brands have perpetuated. Creative industries contribute to the decline of shark populations by demonizing the animals, while simultaneously emblazoning them on everything from contemporary art, to Bape, Givenchy and Saint Laurent sweatshirts, to fighter jets, to Haribo gummies. "Jaws" (1975) grossed over $470 million worldwide, yet little-to-none of this money has gone back into shark conservation.

The crisis facing shark populations is a massive opportunity for savvy brands with a passion for the sea. Starwood Hotels was smart enough to ban all shark products from its properties in 2014, bolstering its reputation as a socially-responsible brand, despite a large holding of luxury properties in Asian markets that might demand the ingredient.

Making a difference
CMOs should consider a targeted approach to sustainability as a business practice. A 2016 study found that 40% of consumers want "purposeful" brands, but half of those surveyed couldn't name one. This is an opportunity for savvy marketers. The millennial cohort considers sustainability a priority and is willing to pay extra for environmentally-responsible products, despite the fact that they came of age during the worst economic crisis since the Depression.

There is a demand for companies with perspective, passion and an environmental mission in today's marketplace. Embracing sustainability from a supply-chain perspective -- like Volvo's switch to an electric future -- is an ideal long-term strategy. Simply putting marketing and financial support behind a cause that resonates with your brand's ethos, however, is an outstanding way to enter the conversation instantly. Brands like Patagonia, Chipotle and Unilver have all proudly embraced corporate social responsibility to achieve business objectives -- and it is working.

So, this "Shark Week," take a moment to consider if your brand has anything in common with these powerful, supremely intelligent and strikingly beautiful creatures. If so, reaching out to organizations like OCEARCH, Oceana or Wild Aid could be a good choice.

And back to Phelps -- my money's on the shark. 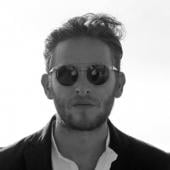