'Blurred Lines' Verdict: A Wake-Up Call for Agencies but the Right Thing for Creativity | Ad Age
Skip to main content
Sign In Register

'Blurred Lines' Verdict: A Wake-Up Call for Agencies but the Right Thing for Creativity

'A Horrible Precedent for Music and Creativity'?
READ THIS NEXT
Opinion: Will Sorrell's exit help creativity regain center stage?

This week's "Blurred Lines" verdict that the songwriters had infringed on the copyright of Marvin Gaye's "Got to Give it Up" should be a wake-up call to ad agencies and marketers.

Watching out for musical copyrights has always been a kind of "Karma Policing" for agencies, whereby it's bad karma to appropriate an existing composition and good karma to make sure that creators don't infringe on other creators' works.

But now it's also more obviously a matter of real money: The jury in the "Blurred Lines" case ordered Pharrell Williams and Robin Thicke to pay the Gaye estate over $7 million.

Pharrell called the verdict "a horrible precedent for music and creativity going forward."

I say the precedent supports respecting creativity and, in the case of advertising, the unique role of an agency's music team: procuring great music, whether original or existing, and guiding all the collaborators through the pitfalls of copyrights, talent and financial arrangements.

"Blurred Lines", written by Williams and Thicke, isn't in many music people's mind a technical infringement of Gaye's classic tune in terms of the melody, or the harmony, or the bass line, or the instrumentation, but, a rip off of the track's inherent feel and sound. Thus if the jury was being faithful to the actual claim, they probably wouldn't have found for the Gaye family, but that's a different discussion.

But "Blurred Lines" definitely seems like a "soundalike," music in which a producer, musician, writer, etc., intentionally or not, jacks or steals or borrows someone's sound, someone's inventiveness, someone's original and unique sonic aura, someone's creativity.

In popular music, imitation can be seen at times as flattery, as an aspect of musical influence, or a respect for a distinctive or historical style.

In the advertising space, you're procuring music for corporate commerce, big and small. Flattery is moot. There are creators out there, successful and unsuccessful, busy and not, who are waiting to hear something that sounds like their work, or somewhat like their work, or something that slightly resembles their work. They oftentimes see dollar signs in their eyes, and make a claim. Many of these claims are frivolous, without merit, baseless, even ridiculous.

Most music experts in my field can listen to an ad and more times than not, tell you exactly what the reference track was.

Music industry analysts predict the "Blurred Lines" verdict is going to open the floodgates for an "onslaught" of lawsuits, whether frivolous or not, and that it'll ruin the entire music industry, creating a new industry and culture of litigation-mania. But that culture has already been rampant for years on the ad side of the music biz.

Will there be more frivolous lawsuits in all media regarding music because of this verdict? Possibly. But the judgment is in the end a powerful support of the cause of what we're all here to distill and protect: creativity.

As curators of music for brands, we should never allow soundalikes to happen. We're a business of creators, not borrowers. Our currency in the branding marketplace is creativity. And if you can't be creative, or really want that track for this ad, you just may have to pay. 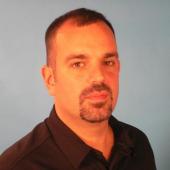