Use Social Media to Engage this New Group of Modern Dads
READ THIS NEXT
Opinion: Will Sorrell's exit help creativity regain center stage?

As Father's Day fast approaches, our media and marketing industry has me thinking about fatherhood. Specifically, what defines a "modern dad." More than 10 million people watched dad duo Cam and Mitch finally get hitched on the "Modern Family" season finale. "Parenthood" featured a stellar stay-at-home-dad for several seasons before shifting the narrative to his flaws. Cheerios' 2014 Super Bowl ad put dad at the kitchen table delivering the new baby news. Tide routinely showcases dads fighting stains, while Honey Maid's buzzy "this is wholesome" campaign celebrates all kinds of dads and families. With today's dads coming into their own, we should expect consumers to pull out all the stops for Father's Day this June, right?

In reality, it's not that simple. I believe Father's Day undeservedly lives in the shadow of Mother's Day, both on the calendar and in consumer minds. When we asked 3,000 people across the U.S. about their Father's Day plans this year, only 60% said they would celebrate Father's Day in any way. When it comes to spending, more than two-thirds said they put more money and effort into celebrating mom than they do dad. To add insult to injury, when we asked what people would be giving dad, the top response was a gift card: the ultimate "I didn't know what to get you" afterthought. What gives? Don't dads equally deserve their day in the sun?

Recent research shows that they do. More dads than ever before are staying home to take care of their kids. Married men are taking on more household responsibilities like grocery shopping. The National Center for Health Statistics reports that most dads with kids under age five are in deep on the parenting front: 90% bathe, diaper or dress their children every day or several times a week. The days of the uninvolved, emotionally-detached, provider dad archetype are over.

Still, if dads aren't getting back the love they give on Father's Day, they may have themselves to blame. I agree with author John McCormick's recent rallying cry to "be vocal" and "make Father's Day a Big Deal." Dads are just too laid back about Father's Day. Take social media as an example. Mother's Day planning and gift-giving get significantly more social media conversation than Father's Day. Why? Because moms aren't shy about asking for what they want. Father's Day discussions also generate more negative sentiment than Mother's Day discussions do, dominated by people tweeting pot shots at dads. While some dads jump into the fray and ask "Why all the haters?," there aren't many.

If dads' nonchalance contributes to the downplay of Father's Day, I believe one group is poised to lift it up. First-time parents represent a new generation of parents, coming of age as moms and dads in this era of modern fatherhood. They're actively talking about Father's Day online and are ready to flip the script. In the weeks leading up to Father's Day, we've seen more than a thousand mentions relating to "first father's day" and #firstfathersday. As I write this, the conversation continues to accelerate. First-time parents are turning to their social networks for advice on creating a special Father's Day tradition: where to go, what to do, how to make it meaningful, what makes for a "Father's Day caliber" gift. New parents don't want Father's Day to live in the shadows.

I believe first-time fathers represent the ripest, lowest-hanging fruit for marketers. In these final days before Father's Day, retailers should go beyond rolling out the usual promotional suspects: deals on golf clubs, flat screens, tablet PCs, backyard grills, etc. Tapping into the "first Father's Day" conversations in paid, owned and earned digital media will be the key to adding incremental sales. As for next year, it's time for a hero brand in a dad-centric category to help dads everywhere speak up, own their parenting prowess and get the Father's Day celebrations they deserve. 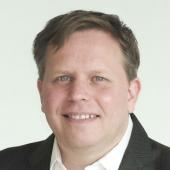 Kirk Olson
Kirk Olson is VP of Trendsights at Horizon Media, New York.
View all articles by this author