In Today's Disruptive World, Brand Heritage Isn't What It Used to Be | Ad Age
Skip to main content
Sign In Register

In Today's Disruptive World, Brand Heritage Isn't What It Used to Be

Does Anyone Really Need a Hermes Apple Watch?
READ THIS NEXT
Opinion: Will Sorrell's exit help creativity regain center stage?

Uber, Airbnb, Oscar, Tesla. All high-flying brands. All less than a decade old. Who's looking for heritage now?

It used to be that we all looked for brands we knew and trusted based on what they had come to mean over the years -- brands that had been around for generations. Ones we could count on. Steady-as-a-rock permanence. This was a guarantee of quality, of integrity, of service and expertise built up over decades of experience.

Now, Apple, PayPal and Amazon have heritage. We live in a world where what once took 200 years to earn now takes less than 20.

What does this mean for brands with long histories?

Old brands can look, well, old. Which means irrelevant. Boring. Stuffy. We've all witnessed the demise of Kodak and its ilk -- hidebound by being locked into the very thing that made them successful in the first place.

I'm also certain that they won't be the last. Even the mighty Volkswagen is suddenly looking like a distinctly old-world automotive company. Instead of embracing and offering consumers true planet-conscious technology of the future, they have totally screwed up (their words) by trying to cling to old technology by cheating. It could (should?) be fatal.

I'd say that even some of the young old brands are at risk in such a disruptive world. Apple's partnership with Hermes is a case in point. For a start, I feel certain that Apple's brand guardian in the sky would never have sanctioned it. Whether I drive a Maybach or a Mini, I should still desire an Apple watch, with no need for the shaky crutch of a partnership. Especially with an old French leather goods brand. What's that got to do with Apple?

It's a loss of nerve, I think. Anxiety over poor sales of a watch that just isn't good enough, or even a necessary enough product for the brand. Even the guy in my local Apple store wasn't keen to sell me one. That says it all. Apple succeeded through building a fan base -- a fiercely loyal following that forgave every error in its brave quest to dissolve the barriers between technology and people. Its brave heritage is being forgotten. And therein lies the clue to what brands with history can do.

Some brands find a way to make their heritage count for today's new consumers. Jack Daniels, Converse and Adidas all replay the past in ways that are contemporary and dynamic. They appeal to an audience thirsting for authenticity in their screen-dominated world. A sense of values unbent by the passage of time. Witness the craft beer scene, or all the young dudes who play golf.

But not every brand can do this. What about the Budweisers (I don't buy the craft story -- pure B.S.), the VWs and the McDonald's? How else do you stay with times?

I'd point to one shining, beautiful example (there are more of course), and that is Lego.

A few years back, Lego was toast. Cheap imitations from China were an actual threat and video games were an existential one. What's happened since has been documented better elsewhere, but Lego does offer a text-book example of how to recapture heritage in a way that is totally modern, relevant and future ready.

Lego couldn't talk about its history as a system of little plastic bricks in a meaningful way anymore. How boring would that be to today's hyper-stimulated kids and their anxious parents? Instead what it did was understand and capture what was enduringly truthful about Lego -- its ability to fire childhood imagination. That will never change. It's a fundamental part of the human experience and cannot be argued with. And by committing to it 100% and never deviating, it's now a brand that will be here for my kids' kids, I'm sure.

The lesson I think is really to always tap into a fundamental human truth -- a human need that only your brand can fulfill. If you can square this with technological innovation, then all the better.

So what earthly human need is the Hermes Apple watch fulfilling? I can't answer that, can you? 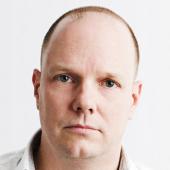 Nick Clark
Nick Clark is executive creative director at The Partners, New York.
Follow View all articles by this author