Branded Content Is Getting a Bad Rap, but Brands Have Stories Worth Sharing

Agencies Are Best Suited to Take the Lead in Creating Content for Brands
READ THIS NEXT
Opinion: Will Sorrell's exit help creativity regain center stage?

"Old Navy clothing makes you look like a tacky murderer."

"Snickers only satisfies you for about 8 minutes then makes you hate yourself for the rest of the day."

"Contextual content is publishers saying to brands, 'We will camouflage your ads to make them look like news stories.' "

If any of these statements sound familiar, you're likely one of the millions of people who watched John Oliver's 11-minute takedown of native advertising.

Those quotes are from John Oliver, yes, but have also been heard from such prominent media personalities as Ken Auletta and, if the fog of memory serves correctly, Brian Williams.

It was parody, sure. But it clearly struck a chord with journalists and media insiders, many of whom labeled it as brilliant. That's because it expressed a barely disguised belief that many media publishers still hold -- that branded content is a second-class citizen.

That's just one reason agencies are best suited to lead the creation of content for brands: Agencies believe brands have stories worth sharing, and that those stories add value to -- rather than corrupt -- the integrity of a consumer's experience.

The hand-wringing over branded content is a problem that exists mostly in the minds of publishers. It's increasingly clear that audiences don't care as much about the source of the material they consume as they do about its value. They care whether that piece of information or entertainment is worthy of their time.

And there's little doubt that the quality of brand storytelling is beginning to equal that of other forms of content. Intel's "Beauty Inside" series didn't just win the Grand Prix at Cannes -- it also won an Emmy.

Agencies help brands uncover the stories that are worthy of people's time, and help them craft and share those stories across many touch points.

There are other reasons for agencies to lead the creation of content for brands:

Media organizations are designed to understand their own audiences and assets -- not those of brands. Other than sales, all resources are devoted to self-serving performance and to building affinity for the media brand. That's not a knock; it's how it should be. It's how those brands create value.

It's really a matter of incentives and skillsets. Brands aren't the primary constituents that publishers serve -- they ride in a sidecar.

Agencies exist to capitalize on the intersection between brand truth and culture. They start without a preconceived notion of an editorial voice and ask instead what is the brand's voice. Agencies assemble and invest in talent and expertise that understands the nuance of brand strategy and how creativity can drive positive outcomes.

Publishers deal with brands on a more transactional basis, with sales teams incentivized to sell pre-existing ideas. There's a reason agencies all get the same packaged opportunities with brand logos swapped out.

Publishers are simply not built to engage with brands at a high-touch level on a continuous basis. But it is the primary purpose of agencies.

Ownership and control is another issue. If a brand works with a publisher to develop a custom content idea but doesn't renew it, that same concept can be sold to a competitor. And if a media buy goes dark, the audience disappears. In the agency model, audiences are developed around a brand, not a channel.

Agencies develop custom content ideas and then work across production and distribution partners to find the best ways to tell and share those stories -- stories that are unique to and owned by the brands.

That's a long way from the idea of branded content as a trick to fool audiences. 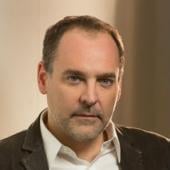