CEOs: It's Time To Take Back Ownership of Marketing | Ad Age
Skip to main content
Sign In Register

CEOs: It's Time To Take Back Ownership of Marketing

The CEO of a major multinational told me about an epiphany that recently hit him "like a bullet train" during a discussion about big data: He realized that social media is like a two-way mirror. The advent of digital technology and social media has allowed his marketing team see what their consumers like to eat, what they do, whom they meet, where they go, and where and what they buy. For years, they were thrilled with this great one-way mirror for marketers, he recalled. Then, with increasing amounts of data at hand, it hit them -- consumers could see them, too. "Our brand has not been consistently managed across our offline and online places and it's so obvious," he said. "We are a mess, and our customers know it." In an era where consumers control the brand, and the brand drives business, marketing is back to being a "chief" concern.

The transparency of today's digital world can leave companies with an unclear brand vision, making it increasingly apparent that chief executives need to re-engage in marketing. CEOs want agency partners that can help them refocus on the core truth of the brand, clean up the disparities between how their brand is portrayed online and offline, and manage this with clarity and consistency across all disciplines.

Flash back to the 1960's "Mad Men"-era CEOs portrayed in Don Draper's world. They worked directly with their ad agencies as the captains of the ship, navigating the consumer landscape hand-in-hand with the stewards of their brand. In those days, CEOs were often the name and the face of the company. They had direct accountability, carrying what was often the family's heritage on their shoulders. But over time, organizations became bigger, and with globalization, more complex. Ownership became more disperse, and media more fragmented as the digital era dawned. Marketing departments grew and the CEO stood back more and more, somewhat disconnected from the brand and rarely feeling accountable for communications.

That's no longer tenable in times of complete social media transparency. Football stars, CEOs and even prime ministers are in direct communication with their fans, customers and citizens, putting increased accountability on the shoulders of CEOs and driving them back to the marketing conversations.

Digital fragmentation has changed the role of agencies, too. PR and media agencies expanded their role as experts on "new media," and digital agencies gained power and clout. The ad agency's added value and role got a little blurred, and sometimes questioned, and brand owners ended up giving out the same briefing to a whole bunch of agencies. It is common practice for a company to have a brand campaign by their "agency of record" running at the same time as a digital campaign by a different agency and a social media push by another. And the consumer sees it all.

More and more CEOs are turning up at meetings with their ad agencies, showing up for pitches and taking a role in selecting agency partners. In this renaissance of top-level involvement in defining the brand, CEOs want an agency that can play a new role. According to a recent 4A's study among the 50 biggest brands worldwide, the number one demand for agencies from clients is to drive integration across all their marketing communications. A successful integrated strategy has one major prerequisite: a clear brand idea.

There's a fresh opportunity for agencies that look at brands strategically to rekindle that relationship by partnering with the C-suite to define and drive the brand. But there are debates on how to get there. Agencies have been trying to transform themselves to stay relevant in the digital world, and they need to complete that turnaround if they want to reassume the brand leadership role.  Helping CEOs navigate a fragmented media landscape is not about ad agencies "going digital." Yes, agencies need to understand digital and be able to deliver on it; but digital is just another discipline like mobile, CRM, analytics and others. Digital is also the force that brings the C-level back to our table eventually, if we earn it. Brand leading agencies need to show they have what it takes to manage integrated brand operations across many disciplines. It's about having the right talent, processes, technology and culture to actually do that.

Agencies that can focus on digital development without trying to become a "digital agency" and leave everything else behind will become the go-to partner of CEOs. Chief executives need agencies with the skill to shepherd their brand through the constantly changing mediascape, while staying focused on the brand idea. They require teams that think beyond channels, and work on building brand development and idea-centric skills. The good agencies work themselves through the new disciplines in order to go beyond them.  When this transformation is complete, then the agencies will reach a credible new level of expertise that qualifies us to claim back our position at the C-suite table. 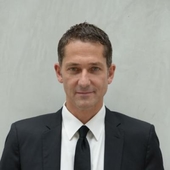 Frank Bauer
Frank Bauer is CEO of JWT Singapore.
View all articles by this author