CPV and the In-App Bidding War

READ THIS NEXT
You Can't Stop Instagram Bots by Looking. Brands Have to Stop Buying Them
Credit: iStock/vasabii

Up until recently, brand and performance advertisers typically walked two separate paths: brands bought media on a CPM/CPV basis; performance advertisers bought on a CPI/CPA basis. But with more than 50% of consumers' time spent on digital media spent in-app, the war for in-app traffic is heating up. Specifically, a rivalry is emerging between brands and increasingly sophisticated app advertisers, both of which are buying on a CPV basis to secure in-app inventory.

Performance advertisers are turning to CPV for a variety of factors. In-app inventory on the whole is going up in value. Also, the rising importance of in-app traffic for brand advertisers, coupled with a saturated app economy, is pushing app advertisers to invest more in user acquisition, which means that the in-app space is becoming increasingly competitive for all involved.

For a sophisticated performance advertiser buyer operating in this space, buying on CPV makes a lot of sense. Traditional CPI-based campaigns can sometimes place performance advertisers lower in the waterfall because the impact of the conversion from impression to install lowers the final CPM they generate -- meaning they lose out on precious in-app inventory, and are unable to scale. By buying on the same basis as brands, performance advertisers are effectively leveling the playing field, ensuring that their bids can be compared like for like.

The reason buying on a CPV-basis works, even within the context of a performance-based CPI campaign, is that performance advertisers have developed highly-evolved strategies for measuring the performance of their ad spend. Their familiarity with the in-app medium, and with calculating the LTV or value of their users as a function of ROAS, allows them to buy on a CPV basis and still ensure they are optimizing for high-quality users.

Performance advertisers are able to obtain high-quality users by paying for just a view in front of premium traffic, giving them a competitive advantage when battling for inventory. Brands, on the other hand, are often running campaigns with "softer" KPIs, such as awareness, which are less explicitly linked to potential, consumer-driven revenue, and therefore harder to connect to the cost of a view.

Is CPV the new CPE?

As brands invest in mobile, we can expect competition over mobile in-app inventory to continue heating up. A few months ago, I posited that CPE could become the go-to metric for advertisers. With mobile video continuing to cannibalize the bulk of mobile traffic, however, it's possible that CPV could give CPE a run for it's money. In some senses, we're seeing a reverse trend, where a "softer," less targeted metric is getting more play because it offers a way for performance advertisers to secure high-quality, in-app inventory in this new bidding war. What impact will that have on the mobile advertising industry as a whole?

The real winners in this situation are mobile app publishers, who will see revenues rise as the value of their inventory is driven up by competition. We'll also see the $22B gap between time spent in mobile and mobile ad spend, which Mary Meeker underscored in her annual internet trends report, close faster.

It's worth noting that CPV also provides publishers with a more reliable, less volatile, source of revenue, given that the user action required for payment is less specific than campaigns running on a cost-per-install or a cost-per-engagement basis. A rise in CPV campaigns will mean that publishers will be better able to forecast revenue, and build more stable business models.

Just as performance advertisers have developed reliable ways of calculating the concrete value of a user bought through CPV, as time goes on we can expect brands to do the same. As the gaps between the digital and physical worlds continue to close, we'll see brands find a way to better map the connection between an in-app video view and an in-store visit, and thus put an accurate price on what that video view is worth.

It's still too early to conclude which metric might win out in the near future, as advertisers continue to mediate the dynamic between access to scale and the assurance of quality and positive ROAS. For now, though, as mobile advertising begins to grow in importance and video advertising takes off, performance advertisers looking for scale will need to adjust their strategies and start using CPV. 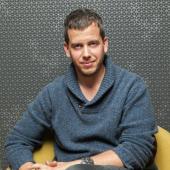 Omer Kaplan
Omer Kaplan is CMO and cofounder of ironSource.
Follow View all articles by this author