In January, a friend asked me if I had heard about an Instagram account called Diet Madison Avenue that was trying to get men fired for sexual harassment. I followed briefly to see if it was something I could support and quickly realized how dangerous anonymous social media could be. I unfollowed. Then people started getting fired and I knew I had to do something.

I was lucky to find a group of like-minded women in the agency and production world to collaborate with. We decided to take on Diet Madison Avenue in the open letter we have published on our social media pages since these are our personal opinions and not the opinions of the companies we all work for. Many others, due to potential consequences from DMA or their employers, declined to publically sign their names despite their support for our message.

Diet Madison Avenue is creating a culture of fear. Men are afraid of ending up on a public list accusing them of sexual harassment without explanation. Women are afraid of being bullied by DMA for condemning the account and its practices. DMA is having a one sided conversation. It publically shames anyone who disagrees with their opinions. It further humiliates men who have been fired for reasons that are undocumented by the processes set forth by companies—adding pig noses to photos of them and reposting ad announcements with comments that further the damage to their reputations. This isn't the way to further women's positions in the workplace, and the many women I have been working with on this letter believes it hurts us in a serious way.

The main reason most people I know, including myself, are critical of Diet Madison Avenue is that it does not definitively prove the claims against the men on the list that was posted to the account. There are no women showing courage to come forward to share their stories after accusations have been levied. This is in pretty sharp contrast to how Harvey Weinstein's abuse was revealed. Hiding behind an anonymous Instagram account isn't inspiring or bringing any truth to the conversation that needs to be had. It just feels like a witch hunt. That isn't what this industry or women need.

My hope is that our open letter is read and shared by both men and women so that they can share their thoughts on how we should move forward as an Industry. But the conversation can't be born out of fear or anger. Women need to be able to support each other without tearing down men. And men need to be able to speak up about how they can do better.

Diet Madison Avenue's brand now stands for anonymous cyber bullying and unfair prosecution. It is hard for me to see how the industry moves forward with this account functioning as it does, or maybe at all. Ideally, we would all be working for the same end goal, which is to create a safe and healthy work environment for everyone. But we will see where this conversation takes us. At least it is no longer one-sided. #TimeOutDMA 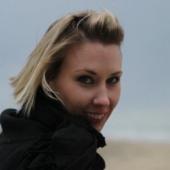