Four Disruptive Trends That Will Spark a New Creative Heyday

Embracing Disruption Will Lead to Positive Change for the Ad Industry
READ THIS NEXT
Opinion: Will Sorrell's exit help creativity regain center stage?

"What's the positive of disruption?"

One of our innovation-minded clients posed this question to us recently. Disruption seems like the topic of the day, preoccupying the C-suite at both agencies and their clients. For sure, it's a scary time if your business depends on staving off the inevitable changes coming to all of us. The opposite tactic -- embracing change -- is scary, too. But the positive of disruption is the opportunity we have to rethink our business.

Epic changes swept the music industry, but people aren't listening to less music. Losing the 12-song album and the A&R man hasn't led to fewer great artists. Just the opposite -- with the removal of 20th-century limitations, an amazing new creative system sprang into existence. Musicians and fans get more freedom, access and opportunity.

Advertising has plenty of "artificial structures," built for last century's dynamics, ready for improvement in our digital and social present. Here are four disruptive trends that, if viewed as opportunities for positive change, will spark a new creative heyday in our industry:

1. More people are being creative, and that's good for everyone.

When digital became an advertising medium in its own right, back-end production firms became creative juggernauts. Developers, UX/UI designers and system architects joined creative departments. And our industry gained a far larger canvas upon which to paint. In the same way, social media is redefining what an advertising creative person is. Unaffiliated GoPro-ers, Viners and Instagramers must now be counted as "creatives."

Platforms for these millions of new creatives, like Tongal and CrowdTap, that more closely resemble social media channels than traditional ad agencies, produce excellent content of all kinds. Marketing departments at top brands like Apple and Google have formed high-end creative departments to compete with their AORs. Media outlets from The New York Times and Wall Street Journal to Buzzfeed now make their own branded content. Like the digital revolution of last decade, an unexpected breed of creative is available to any agency open to a more dynamic and diverse talent pool.

2. The creative process is changing, but we should change it faster.

Don Draper would recognize our creative process, and that's a problem. The myth of the solitary genius, working in isolation, crafting silver-bullet answers is powerful in our industry. Remember when it was acceptable for the agency to dive into a black box for three weeks to "concept?" Now clients expect so many check-ins and work sessions and pre-meetings it can feel like a cavity search rather than a creative pursuit. But any agency willing to open up its creative process beyond its own four walls can gain all the validation a client craves.

The new normal will be consumer feedback throughout the process -- from insights to conception to production. And this input will be far more insightful and cheaper than the skewed and inefficient "recruit and focus group" system clients rely on now.

3. Reducing costs is no longer optional, but efficiency doesn't have to kill creativity.

Clients are reducing budgets at the same time they need more content to feed their social media machines. An ad campaign used to live for months or years. Today clients need video that's relevant for a few hours, never to be seen again. Young staffers who never heard of Joe Pitka but consume 50 short videos before lunch understand that speed is trumping perfection. They will replace unwavering veterans of the million-dollar TV shoot age. NPR's "Planet Money" reported that after the computer spreadsheet was invented, 400,000 bookkeeping jobs vanished. But 600,000 accounting jobs sprang from the ashes. In the same way, agencies that seek "Jills-of-all-trades" to replace their one-trick ponies will find more efficient and more creative solutions.

Disruption may be constant, but it isn't fundamentally negative. It depends on your perspective: good for upstarts, bad for those whose future success is driven by unsustainable methods. Almost half of the companies on the Fortune 500 list in 1999 have fallen off it since, according to Schumpeter writing in The Economist. That's a lot of once-superior products and processes losing efficacy in 15 years.

It's not hard to imagine some rebellious upstart creating a better way, which becomes a moneymaker the company must exploit, and finally the yolk that discourages further innovation.

If we know success today can weigh us down in the future, disruption can be a highly positive force. And if it inspires us to keep experimenting with new ideas to replace the dated ones, that's a clear positive. Paraphrasing Darwin, it's those most responsive to change who will thrive. 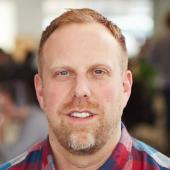