B-to-B Decision-Makers Are People, Too (Really)

The Purchaser Is Still Human, So Focus on His Feelings About His Business
READ THIS NEXT
Opinion: Will Sorrell's exit help creativity regain center stage?

Does emotion work well in business-to-business marketing? Maybe not, many people would say. Making an organizational purchase has different considerations than buying a new shaving cream. And a bad decision for shaving cream may produce minor skin irritation, but a bad decision with third-party vendors could cost someone his job.

So, the thinking traditionally goes, the organization needs information, not emotion. Let's not bother with the larger benefits, just stick to the features -- as in our brochures. Our b-to-b target is an industry veteran who came up through the ranks, likely sales or marketing, so don't try to sell a seller. Play it straight.

That's why retail trade ads look and sound so much the same -- handshakes, puzzle pieces, globes and images of keys unlocking success. That's what seems to work. It may not be glamorous or award-winning creative, but it's effective.

But, though you'd never guess it from trade ads, the b-to-b purchaser has emotions. In a business setting, his emotions are more outward-facing. He's concerned with appearances, even if he'd deny it forever in a focus group or interview. He wants his colleagues to think that he is making rational and informed decisions that will directly benefit bottom-line financials. The key is this: emotion can work in an at-work setting, if the emotions focus on feelings about the benefits accruing to the company.

There is proof by leaders of industry to support our contention.

In 2007, a pair of British ad veterans, Les Binet and Peter Field, looked closely at nearly 900 case studies from IPA Effectiveness Awards over the years. One of the most surprising findings from their study, "Marketing in the Era of Accountability," was the discovery that "Emotionally-based campaigns are not only likely to produce very large business effects but also produce more of them, outperforming rational campaigns on every single business measure."

More recently, according to a CEB/Motista Survey presented at Google's ThinkB2B event last year, emotional connections run deeper for b-to-b clients than business-to-consumer customers. They argued that b-to-b marketing must win over both the horse and its rider, whereas consumer marketing just needs the guy on the horse.

"Between 40% and 70% of customers feel emotionally connected to brands like Oracle, Accenture, FedEx, SAP, and Salesforce," their report continued, "compared with between 10% and 40% for CVS, L'Oreal, and Wal-Mart."

How are b-to-b marketers making these connections? Take UPS for example. Rather than continue to message against their dizzying array of expanded products and services, in their global advertising campaign that launched a few years ago, they opted to own the bigger but simpler idea that: "We (Heart) Logistics." Ads showcasing UPS in action, set to the tune of "That's Amore," were meant to re-frame how consumers and businesses thought about what they did, from delivering packages on-time to a company that swoons for all the little details before, during, and after a delivery.

And though multinational corporations, which traditionally have more resources to develop b-to-b marketing programs that look and feel more b-to-c, there are smaller brands that are using emotion to great effect. Take Acme Brick for example. The Texas-based company decided almost 20 years ago to let builders -- and their end-users -- know that Acme Bricks were guaranteed for 100 years instead of the 3-year industry standard. The majority of its marketing budget is used for image and brand-building activities, including celebrity sponsorships and charity events. Its pitch to architects is as simple today as in its early years: When designing buildings "of consequence," turn to Acme Brick today.

According to an article by Moveo Integrated Branding's Kevin Randall, approximately $20 million of Acme's annual $200 million brick sales is a return on the investment the company makes yearly in brand-building. If a brick can be successfully differentiated, Mr. Randall wrote, then almost anything can be branded to create value.

For those of us in a market or brand research role, let's work harder to help both the agency and marketer side find magnetic truths in what we should remember is still p-to-p marketing -- person to person. 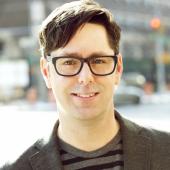