Hey Awards-Fest People: How About Some Prizes for Barter? | Ad Age
Skip to main content
Sign In Register

Hey Awards-Fest People: How About Some Prizes for Barter?

Creative Gets All the Glory, but Trade and Barter Deserve Recognition Too
READ THIS NEXT
Opinion: Will Sorrell's exit help creativity regain center stage?

As the Cannes Lions Festival approaches and traditional agency execs get ready to pick up their coveted awards, I have a question for the industry: Why no awards for trade and barter?

Until now, the formula for an award-winning ad has been painfully simple: Hire a creative team from the hot agency du jour, bring in a big-name director to make it look good, and boom -- instant hood ornament for your fireplace.

On the other hand, have you ever tried turning 150 tons of frozen brisket into your spring TV buy? Didn't think so.

I joke of course, because ad people are all very talented and we applaud their creativity and hard work. But I would argue that structuring complex trade deals is an equally inventive way to deliver value to clients. Especially when we're able to have a very real and immediate impact on a company's ultimate goal -- profitability.

How, you ask? Let's look at an example (full disclosure: Eden Road Trading created both campaigns mentioned in this column). A nationally recognized restaurant company was trying to grow sales by testing new menu items and expanding into new markets. However, the new menu items did not achieve sustainable sales levels and were discontinued. The test items had required new, high-tech microwave ovens that were no longer needed. The market expansion proceeded, but media budgets were tight and some of those markets lacked proper media support for the brand launch. A trade deal was reached, in which the obsolete ovens were turned into incremental local TV and radio media that supported the new market expansion. While one of the test concepts failed, that failure was turned into a positive contribution to the other growth concept. Tangible value was created.

Still not convinced? Consider this: A global video game maker was launching a new game with a $6 million outdoor ad campaign in the U.S. At the last minute, headquarters decided it needed new creative. The client had to cancel the media plan, but the deadline had passed so it still had to pay for the media buy. This campaign was now a $6 million problem. A media trading solution was the perfect answer: Eden used the outdoor and place-based media inventory to drive sales and awareness for other clients. The game maker was able to convert a potential loss into a media credit, which they could use on a future media campaign.

By turning all sorts of under-performing assets into tangible marketing ROI, media trading has been at the forefront of a highly creative asset-driven renaissance. Excess inventory, old warehouses, obsolete manufacturing equipment, or even over-purchased raw materials can be turned into profitable and valuable incremental media spending for clients.

What's important to consider in the trade and barter business? Like any good purchase, transaction or relationship, doing your homework is important. Media trading can be highly creative, but must be rooted in fundamental analysis of both the asset value and handling process, as well as the media fit for the client. You can't trade a non-performing asset for non-performing media. Successful trades include due diligence and realistic expectations.

As marketing is one of the most scrutinized line items on a CFO's balance sheet, trade and barter has never been a more powerful strategic option for marketers. Our time has come, and we look forward to our own gala night on stage, accepting a Tradie from an appreciative audience of business leaders. 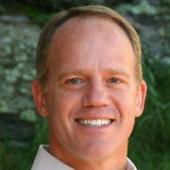