What Can I Tell My Daughter About the Role of Women in Advertising? | Ad Age
Skip to main content

What Can I Tell My Daughter About the Role of Women in Advertising?

It was a heartening sign to see one of advertising's leading male creative directors attend a recent 3% Seattle event my agency recently hosted. Even more significant was what he took away from the session after hearing the panel of four creative women describe their many workplace slights and challenges.

As the panel came to a close, he asked a simple but important question: "What can I tell my daughters?"

That question showed that despite the gains women in creative leadership roles are making -- from 3% in 2008 to 11% in 2014 -- they are still a big minority in executive suites. With women influencing over 85% of purchase decisions, this statistic just shows how out of sync our industry is with consumers. As panelists detailed personal challenges, they revealed that there are so many other issues impacting the ability of women in creative to be heard, to be compensated equally, to be treated fairly and more -- that it still is a daunting profession for women today.

What to tell my daughter was a question on my mind as well. I had recently participated in a local marketing panel with two other white men. Just us three guys talking about the future of marketing. And while I think we all had good and insightful things to say, I was surprised that the event's organizers did not think or could not get a more diverse panel. A woman? Someone of color?

One of the panelists at our 3% event pointedly said that this was the first panel she had ever been on that was all women. She noted that "usually the only other woman is serving coffee." Hello? This is 2015.

That brings me back to the original question and some key things I learned from our panelists that we can tell our daughters:

1. Tell them what they can do -- not what they can't do. Don't start with setting the expectation that the world is unfair to women. Keep her mind open to the realization that she can do anything she wants to do, that she has every opportunity that boys have, and that she should not see any difference between herself and boys. In addition, encourage her to follow her passion, whatever that may be -- including math and science. Let her play Minecraft. Encourage her to compete -- not just against the girls, but boys too. And most of all, to have integrity, to be good, kind to other people and honest.

2. Come out as a feminist in the office. During the panel, Glassbreaker's founder Eileen Carey noted that earlier in her career, she worked for some of the big multi-national corporations. And she has always been "that girl" who openly discussed inequality in the workplace. By doing so, it helped her career, and was a means for protection and security. It also positively helped shape the culture in the companies she worked.

3. Embrace learning -- have and be a role model. Kammie McArthur, creative director at DNA, said, "You can learn the craft of advertising and marketing from anyone who is good and willing to teach you. But when it comes to learning how to navigate the unique opportunities and challenges a woman faces throughout her advertising career, well, that's going to come from a woman who has been in your shoes. You don't realize how many nuances there are to being a female CD until you sit down with another female CD. Suddenly, you're sharing tips and ideas and stories with someone who really gets where you're coming from."

4. Be who you are. When working in a largely male-dominated culture, you have to be yourself, noted Halle Hutchinson at Alaska Airlines. In many organizations, a double standard exists where men are expected and encouraged to be strong, forceful and opinionated, whereas if women display these traits, it is viewed negatively. You have to find an environment that embraces equality in how people lead, regardless of gender.

5. Listen to your father. Scilla Andreen, co-founder and CEO of Indie Flix, said, "My father always said the answer is no ... unless you ask." Women can't be shy and expect that they will get a raise, a promotion, recognition. You have to promote yourself. You have to ask for the raise.

One other significant takeaway from this event is the importance of including men in the conversation. It was a lightbulb moment for most of the men in attendance -- many of whom said out loud, "I had no idea." 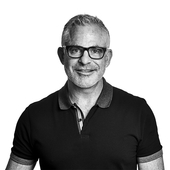 Alan Brown is co-founder and CEO of DNA Seattle.