Where Talent, Smarts and Passion Matter Less Than Ability to Play With Others
READ THIS NEXT
Opinion: Will Sorrell's exit help creativity regain center stage?
Kevin Gosselin

No matter what agency you work at, odds are that clients are increasingly enlisting your shop to join in teams with other agencies. If it hasn't happened yet, bet on it for 2014.

These integrated agency teams can be highly organized or laissez faire, comprise eight agencies or two, and convene regularly or on an ad-hoc basis. But too often the results fall short of the potential that all their firepower suggests. It's less a matter of process than about having the right people in the room. You've got to leave the wrong people for the team back at headquarters.

In no particular order, here are the collaboration-killing personality types and the proven antitoxins. Note that they cross all agency disciplines. Having more or fewer creative or planners or real-time digital-media experts doesn't matter -- it's about how the folks you send interact in a large group.

The Medium vs. the Confidant. The Medium feels that he or she knows what the client thinks. Keep an ear out for telltale commentary, such as "Shirley might not like that title" or "I'm just nervous John will feel we're pandering." The Confidant actually has the ear of the client and shares that knowledge with the group so that all can benefit, and not just his or her own agency.

The Historian vs. the Stalwart. Historians take their long-standing client and brand experience and use it to hinder, not help. They might, for instance, oppose using a celebrity spokesperson because in 2007 a vaguely similar idea was presented and rejected (even if the key client executive back then now works at a different company). The Historian makes sure that ideas stay too conservative and keeps progress at bay. Stalwarts, on the other hand, have weathered crisis and calm. They have held the hands of five different executives as they were cycled in, and can be a great asset. They know the little things that make a difference. They coach ahead of time, and never critique and crush after creative development has occurred. They have the power to tell not what to sell, but how to sell.

The House of Cards vs. the Willow. One big fear about integrated workflow is that it will afflict big ideas with a thousand tiny modifications in the name of collaboration, with purity getting lost. Encouraging this outcome is the House of Cards who, in an effort to keep the group happy and avoid debate, will send any and all ideas ahead. Add an insanely technical app? Sure! Launch with a PR stunt destroying the moon? Not a problem! A revised title while billboards are being printed? #dynamite!

You need people who defend without offending. Those bend-but-don't-break folks: Willows. They are confident enough to know that supporting a good idea from anyone is the right thing for everyone. The Willow can cast his or her branches wide and create a shady spot in which all agencies feel comfortable helping the project, not just their ow ideas.

The Magician vs. the Coach. Who doesn't love a little magic in their lives? An integrated agency team, that's who. Trust is built by delivering what you promise by the deadline you agree to. The Magician, either through lack of preparation or conviction, believes in pulling a rabbit out of a hat and tossing an idea on the table minutes before a client presentation starts. This erodes a client's confidence that the agencies are working together and that the presentation is truly a product of collaboration. The Coach keeps refining the agreed-upon ideas, because he or she stays excited and positive about them. He doesn't second-guess, and stays focused on delivering what the brief asked for. Most importantly, he keeps other agencies equally positive.

The Time Bandit vs. the Time Traveler. Hugely destrudtive, the Time Bandit will spend three and a half weeks of a four-week collaboration missing deadlines, leaving everyone else just a few days to affix the ideas that finally arrive into an integrated plan. The poor time management is not about making the work perfect; this person cannot get moving. Time Travelers know that nothing is more powerful than when a lead agency's idea is strengthened by the work of other agencies. They horse-trade among all parties to come up with development dates that work for all. Everyone feels as if they've somehow gained time.

Agencies are filled with smart, quirky, passionate people. But an integrate team requires the most collaborative people you have. I'll take my team with The Confidant checking with the client, The Stalwart keeping us from straying, The Time Traveler managing process and The Coach motivating us all as we work in the shade of The Willow. 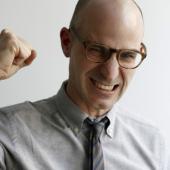