8 Trends Ahead for the $263 Billion Licensing Industry

Licensed merchandise sales grew more than 4% last year to $262.9 billion, according to the sector's big trade association, but exhibitors at the annual International Licensing Expo in Last Vegas last week were still striving to keep up with consumer habits moving at warp speed. There were eight key takeaways:

1. It's more than nostalgia. Bringing back entertainment properties -- characters, movies, TV programs -- from the past has always been a pastime of entertainment companies, and we saw this again this year with exhibitors promoting the return of "Twin Peaks," "Queer Eye" and the popular childen's series "Magic School Bus Rides Again." However, it now seems like it's more than just nostalgia. Trusted brands, with equity attached, can break through the clutter and noise. That's why bankrupt brands are trying to have second lives. Exhibiting at the Expo we saw Sharper Image, FAO Schwarz and Quirky, each staging a comeback through licensing. Expect more brands looking for a revival.

2. New media embraces old media. Over the past decade, new media has sent shock waves through traditional media. But as some of these new media players become successful, we find them turning to old-media ways to expand and reach consumers. Both Amazon Studios and BuzzFeed (a first-time exhibitor) were at the Expo this year. We expect to see more new media brands turning to consumer products to satisfy their fans.

3. It's all about the experience. Much has been written about how traditional retailers have to offer consumers an experience in order to better compete with online retailers. Theme parks have been doing this for many years, mixing content with experience with product. And we saw a good deal of this on display last week at the Expo. National Geographic is developing Ultimate Explorer Family Entertainment Centers with IP2 Entertainment, and will open its first Encounter: Ocean Odyssey experience, in association with SPE Partners, in New York City's Times Square this fall. There's also Nitro Circus, an "action sports collective," traveling around the world riding dirt bikes, base jumping and performing other stunts. For these brands, licensed merchandise is part of the strategy to engage consumers.

4. Put on a happy (or sad) face. Consumers may be changing every day, but it still seems like every year is the Year of the Emoji. This year's Expo was no different, with all sorts of emojis being offered for licensing. The Emoji Company's "official" emoji brand offers over 5,200 icons, and it already has over 300 licensees making thousands of products. Other emoji brands include EmojiOne and Sony Pictures' "The Emoji Movie," in theaters this summer.

5. "International" means something this year. Asian countries were well represented at this year's Expo. For example, Line Friends, a first-time exhibitor, is a South Korean character brand from the developers of the Line messaging app. Created as a set of sticker characters, Line Friends quickly became a sensation across Asia. With 73 official pop-up stores worldwide, Line Friends now appears in a host of licensed categories, including more than 5,000 products, animation, games, cafes and a hotel and theme park. And for the first time, International Licensing Expo participated in the U.S. Department of Commerce's International Buyer Program Select, which helps U.S. companies facilitate the expansion of their brands into international markets.

6. The mouse still roars. Disney still dominates in the entertainment/character space. It's the world's most successful licensor, selling $56.6 billion worth of licensed merchandise in 2016. Franchises include "Jungle Book," "Frozen," "Star Wars" and this year's hit, "Beauty and the Beast." Meanwhile, Mickey and Minnie Mouse made a splash at the Expo, with recent product introductions including a collection of Coach leather goods and a line of Ethan Allen products.

7. Girl power. Action and adventure is not being left to the boys anymore. At Expo, there was a raft of preschool girl action characters, including Nickelodeon's Nella the Princess Knight, Disney's Elena of Avalor and Warner Bros.' Wonder Woman. With all of these female leads, licensed products are responding with role-play toys, construction sets and gaming products skewed to girls. Several exhibitors agreed that there are more girl-focused super heroes around these days, and that we are moving towards a gender-neutral toy aisle in the not-too-distant future.

8. Food on fire. Food and beverage licensing continues its ascendency, evidenced by more and more food brands at this year's Expo. Examples included Krispy Kreme Doughnuts partnering with Betty Crocker for a line of cake mixes, Tapatio Hot Sauce-flavored sunflower seeds, Guinness beer-battered fish, and Godiva's announcement that it is seeking new opportunities in beverages, desserts and ice cream (full disclosure, Guinness and Godiva are Beanstalk clients). Food and beverage brands are recognizing the power of licensing to extend their flavor profiles to reinforce brand loyalty and reach new consumers. 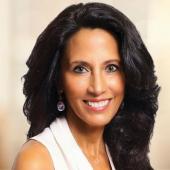 Allison Ames
Allison Ames is president and CEO of Beanstalk, an Omnicom Group-owned global brand licensing consultancy.
View all articles by this author