When Partners & Napier was acquired by Project WorldWide a few weeks ago, it came as a surprise to more than a few people in the industry. "But Sharon, you were so passionate about the power of independence when you spoke at the Ad Age Small Agency Conference last year!" I heard, and "But you just bought back your independence six years ago."

I often draw on lessons I've learned on the basketball court [Ms. Napier played basketball at St. John Fisher College] and when it came to making the decision to sell to another company -- one that we believe will be a boon to the future of Partners & Napier -- it was no different. It's imperative to never be afraid to deviate from set plays.

Had you asked me six months ago, I never would have predicted that we would have sold. But the right opportunity arose to enable us to continue to grow and create better opportunities for our clients and people, while keeping many of the benefits of independence. So we went for it.

At the close of 2010, my partners and I stood back and looked at where we were. We had had a great year and were really proud of our work, the clients we had added and our continued progress toward our vision for the agency.

But we also knew that getting to that vision wasn't going to be easy. It will require having a broader geographic footprint for our agency, as well as new capabilities -- both which would take significant financial resources. And, we knew that our offices in Rochester, N.Y., and Atlanta would only get us so far. We needed to expand our geography to be closer to more clients, but also to have broader options in terms of recruiting talent.

We evaluated three paths: continuing to grow organically, acquiring other smaller agencies or being acquired.

Being acquired immediately went to the bottom of our list. We all had come from large holding companies, and were reluctant to go down that path. We had all valued our independence and having the freedom to invest where we want to and do what's right for our clients and our teams.

Then we met the team at Project WorldWide, and we discovered a different model than that of a traditional holding company. They thought differently about how to create solutions for clients, and had boundless optimism for their vision of an agency network grounded in engagement marketing -- a network of complementary, not competitive agencies.

Personally, I believe that the next generation of our industry won't be defined by the people who created the last generation. It will be defined by smaller, innovative companies with a different approach who don't have a legacy model to overcome.

So we started talking more and more seriously. And ultimately our decision was driven by three things: More resources and access to more talent; the opportunity to forge a new path with peers who have similar values to ours; and, because Project is owned by its employees as part of an ESOP, the promise of maintaining autonomy in our day-to-day business.

Once we made the decision, the hardest part wasn't telling clients -- it was telling our employees. Being so proud of the culture we've built over the years, I wanted this big change to be embraced with enthusiasm. To ensure we gave our employees enough time to digest the steps we'd be taking and understand what it meant for them, we told our employees about the acquisition six weeks before the news went public.

Given we live in an era of tweeting and Facebook posting, some advised us it would be too risky to tell employees that far ahead of the deal closing and that the news would leak. But given our culture of trust, we took the risk in order to be honest and open with our team.

I'm glad we did. More important than the fact that they kept the news confidential was the fact that the advance notice allowed our employees to experience the full range of emotion -- from shock to fear, to excitement and enthusiasm. And so when we told our clients, our employees were advocates and could speak from the heart about what it meant to them. That of course left our clients excited and supportive of the change, too.

I'm tremendously excited about what being acquired will mean for the next chapter of Partners & Napier. I'm optimistic that we'll maintain many of the attributes of independence in our new structure, which is part of the mission of Project WorldWide. And I'm equally excited about helping to forge a new direction with a new agency network that wants to innovate in our industry.

Someone once said life creates lots of choices, but guts create opportunity. Ultimately in this business, you need to go with your gut. 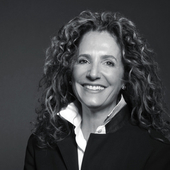