Where Are the Men in the Women's Leadership Gap Discussion? | Ad Age
Skip to main content
Sign In Register

Where Are the Men in the Women's Leadership Gap Discussion?

Lack of Women in Leadership Roles Is a Business Challenge, Not a Women's Problem
READ THIS NEXT
Opinion: Will Sorrell's exit help creativity regain center stage?

I recently returned from the 3% Conference in San Francisco, a gathering dedicated to advocating for women in creative leadership positions. I was one of only two dozen or so men in attendance, and I couldn't help wondering why the lack of women leaders is still seen as a women's problem -- not a business challenge -- when the benefits of women's leadership are so obvious and so uncontestable.

Women control roughly 85% of consumer purchases, yet 91% of women say advertisers don't understand them. As advertisers, we attend many meetings where the clients are women, but we often scramble to put together a gender-balanced team ourselves.

Where women aren't in charge yet, men in leadership positions should take responsibility and lead the way.

Ad agencies have long realized they need at least a few women around, and many have sponsored studies or women's support networks. But as Joan Williams points out in the Harvard Business Review, too many of these efforts get stuck "admiring the problem," rather than executing programs that change the game.

What's in the way? Recent work on unconscious bias suggests that good intentions aren't enough to correct tough problems like this one. Williams' study of technology companies has convinced her that high-performing organizations are the hardest to change, because they perceive themselves as pure meritocracies, where talent can't help but rise to the top. Men in leadership roles look at their talented (and almost exclusively male) peers and don't see a problem.

I know what they mean. My male peers are hardworking, talented and deserving, too. I've also been lucky enough to work with many talented women throughout my career, and in every case I've heard gender-inflected critiques of their appearance, style, authority or commitment from male colleagues. With my own largely female staff, I've encouraged open conversations around examples of gender bias in the workplace. They tell me a new one every day, from client websites representing their audience as exclusively male to performance reviews in which managers express concerns over a woman's ability to "command a room."

To help reduce the impact of these subtle biases, we are piloting a new training program to uncover and address the hidden biases we all have. Inspired by the 3% Conference, we created an exercise called the 11-minute commitment challenge -- designed to empower individuals to commit to one simple action step they will take to champion diversity in our daily work. Examples include actively developing women's leadership skills across all career stages, from inviting junior women into leadership meetings to providing presentation training.

Decades of evidence make it clear that awareness of the gender bias is necessary, but not sufficient, for change.

An article in the McKinsey Quarterly from 1976, titled "Sex Bias: Still in Business," described the lack of progress Canadian businesses had made in elevating women into "high-status" roles. In January of this year, a new McKinsey study reported that men are only half as likely as women to strongly agree with the statement that "women can lead just as effectively as men."

We need to expose and eliminate the real biases that keep women from giving their all to our companies. We need to build succession plans that support and advance the talented women around us. And we need to model behavior for our peers, including admitting our own inevitable biases when they emerge, to build -- as Ray Arata, founder of Gender Allies, put it in his breakout session at the 3% Conference -- successful gender partnerships.

All of us in leadership are responsible for driving change in our clients' businesses, even at the cost of established traditions. In order to succeed in a future where women will increasingly be the majority of our colleagues, our clients -- and our source of talent -- we leaders, male and female, should bring the same rigor and relentless determination to transforming any practices in our own organizations that are limiting our collective success. 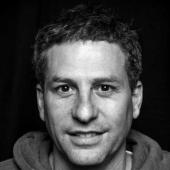 Scott Karambis
Scott Karambis is VP of marketing and brand strategy at SapientNitro, a creative, brand and technology agency.
View all articles by this author