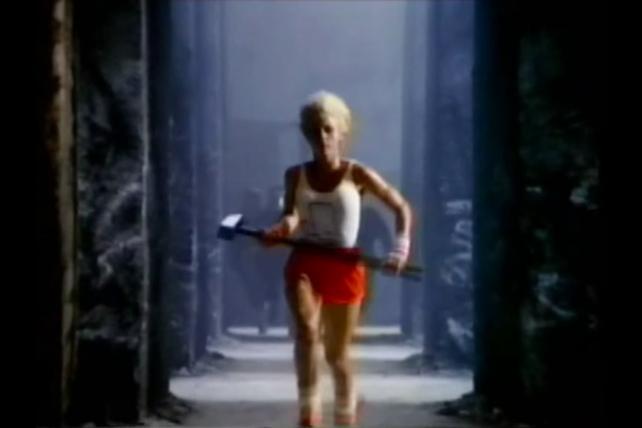 Despite all the hype over Apple's '1984,' it remains a potent vision more than 30 years later.
Credit:

The young copywriter's portfolio was so heavy we were both laughing as we struggled to get it up onto my table. It broke the ice for the interview. I was in my first creative director job and was probably more nervous than her.

She unsnapped the locks and raised the top. Inside were two stacks of plastic-coated print ads. The lamination was the thick kind, with felt backing, which explained the weight of her portfolio. But nothing could explain the first piece I reached for, an ad for The Economist.

"Read what the world is coming to before it gets there."

I stood there, eyes widening at the headline and the illustration of planet Earth with little hands reading the magazine.

The room was getting hotter. I asked how she'd arrived at the idea. Perfectly assured, she told me she was impressed by The Economist's record of foretelling business and political trends.

We never got past this first ad. I kept asking question after question. I was fascinated by someone who would present as her own work the very ad I had created at another agency three years before.

Thirty years later, this improbable moment of catching a thief red-handed still makes my blood boil. What gets me is less that she misrepresented herself, but that she stole my originality.

What we should aspire to

For those of us who ply the advertising and communications trade, originality is crucial to what we do. It's the big idea. The thought no one's ever thought before. The holy shit moment that sends a smile spreading through your whole body. It's the sensation your audience feels up their spine.

Trends and technologies come and go, but originality stands eternal. It is what we should aspire to. Sadly, most of us settle for the familiar, the comfortable, the less-than-original.

I say this to today's young creatives who, with mentoring in such scarce supply in our industry, question their own purpose and why their job isn't more satisfying.

There are talented writers and art directors who have entire careers, make lots of money, and never achieve a single original creative thought. And then there are some like legendary art director Helmut Krone who seem to have done it every time they got up to bat. Their work is fresher than most of the work you see today.

Mindblowing, isn't it, how an original thought can stand the test of time? Two examples:

Saul Bellow once described a writer as "a reader who is moved to emulation." This is true not only for writers but for all artists. But emulation does not necessarily mean imitation. It means inspiring you to your own heights of originality. This takes fierce ambition and a competitive spirit. It is not for the faint of heart.

That is why I am put off by artists in advertising -- and film, music and other arts -- who readily admit that their work was "inspired by" some other work. That was fine to confess in Shakespeare's day, when audiences appreciated similarities to admired classical works. But Romanticism made originality a Western cultural ideal, and Romanticism is still going strong.

If you're going to steal

"Inspired by?" Really? Aren't you just saying you appropriated someone else's idea and made it into yours? And we're all okay with that? And okay with tracing the concept of an ad back to the creative team who thought nothing of clicking through award show web sites for "inspiration"?

If you're going to steal, steal from the best and conceal your sources. That's time-honored advice, if stealing is your thing.

Not quite stealing, but almost, is the art of building on approaches that have proven successful in the past. Some risk-averse clients get assurance from having lots of precedents, as though this were not advertising but constitutional law.

Doing what no one's done before

But if you're going to be authentic in your life, there is nothing like the kickass feeling everyone gets when you can break free of all those "best practice" restraints and do something so original it seems to have come hurtling out of nowhere.

Remember that hilarious feeling the first time you saw the fast-talking man in Ally & Gargano's classic Fedex commercial? If you haven't seen it in a while, go. It's a startling demonstration of how to vault to the top of the category in one entertaining message.

I could go on. From the Old Spice man to Geico's pre-roll "Unskippable" to the concept of showing real women in beauty and cosmetics ads for Dove -- to name only three from the last decade -- there's a breathtaking history of originality that offers something to emulate.

Plus, you can afford to. Being original doesn't require an expensive canvas. You can have an original idea in a modest radio spot or a simple banner ad. One of my all-time-favorite frugal ideas was done by Scali McCabe Sloves in the 80s: A newspaper ad promoting a high-speed Nikon lens. The shot: a grainy blur that appeared to be a missile caught in mid-air. The headline: "Faster than a speeding bullet."

Let's face it. Given the time- and emotional pressure we're under, it's hard enough coming up with a good idea, let alone a great one. An original idea stands at the outer extremity. 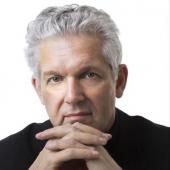 Bruce Lee
Bruce Lee is the chief creative partner at Interplanetary, a New York-based advertising agency.
View all articles by this author