Why Health and Beauty Brands Will Be the Next Part of the Transgender Conversation
READ THIS NEXT
Opinion: Will Sorrell's exit help creativity regain center stage?

Stroll down any health and beauty aisle of any supermarket or drug store, and there is no confusion about where the gender lines are drawn. In the case of deodorant, one section contains uber-masculine Old Spice and a separate section contains ultra-femme Secret. Look left in the shaving aisle and you'll feel the manly power of Gillette's Fusion and Mach 3 brands. Look right and your choices include the flowery pastels of Skintimate shaving cream and the goddess-worthy Gillette Venus product line. Never shall the two extreme sections comingle. Until now.

President Obama's issuance of school guidelines for transgender students and public restrooms, as well as the State of North Carolina and the U.S. Justice Department expressing their disagreements in the form of lawsuits against one another, has clearly elevated the conversation around gender roles and gender fluidity to a national level. Even the Marines have recently revised 19 of their official titles to remove the word "man" in order to be more inclusive. In fact, debates are still brewing today in several states throughout the country. While these issues are nowhere near settled, one thing is clear -- personal care brands certainly need to play catch-up.

Nowhere is this more clear than in the bathroom. Of course, not the public facilities of the original debate, but rather our home bathrooms. They're somewhat of a sanctuary -- a place where we surround ourselves with the products that are most intimate to our lives and identities. But even as health and beauty brands have made valiant attempts to evolve with the ever-changing tastes of consumers, they've fallen horribly behind by clinging to hard gender boundaries, almost dictating what products we should use.

Meanwhile, our youngest generation, Gen Z, more broadly embraces gender and identity fluidity. In fact, according to a March 2016 study by J. Walter Thompson's Innovation Group, 78% of Gen Zers agree that gender does not define a person as much as it used to -- yet the personal care category has yet to reflect that.

The coming months and years will be a huge opportunity for personal care manufacturers and marketers to get out ahead of the competition and connect with not just transgender people, but also those men and women who find hardline gender definitions confining or old-fashioned. It's time that personal care brands evolve their traditional views of gender roles, adapt new marketing directions, and move to a more progressive and open model -- perhaps taking a cue from the fashion and naturals categories.

In 2015, Louis Vuitton broke ground by casting Jaden Smith as the star of its women's wear ad campaign and prior to that, pioneering designers such as Rick Owens began bridging the genders in the fashion world. Upstart brands like Everlane similarly leave behind traditional masculine and feminine tropes. While Everlane still offers product lines specifically for men and women, the overall aesthetic is shared and focused on embracing clean silhouettes and subtle colors.

Fashion isn't the only category to capture a more contemporary understanding of gender identity. In the spirits category, scotch whiskey distiller Bruichladdich dropped the stereotypical masculine heraldry and heavy, rich tones and silhouettes that have been commonplace in the category, in favor of a modern, minimalist approach and a surprising vibrant blue. It not only distinguishes the brand, but also feels genuinely inviting and exciting, without alienating. Even a large beer brand has taken a step in that same direction, to alter and elevate its thinking around gender in marketing, so as not to alienate. Britt Dougherty, senior director-marketing insights at MillerCoors, was quoted in a recent article as saying, "gender roles are flattening out and men and women want similar things from brands…we've been presenting an old-fashioned version of masculinity."

Without a doubt, for as long as they've formally existed, brands have been dividing their portfolios and products to reach a share of the hearts, minds and wallets of specific male and female audiences. Retailers have even played a role in the process, creating, for example, "man-cave" aisles that isolate and elevate overtly masculine product offerings. But as the national and public policy discourse on traditional gender roles increasingly bleeds into commerce (and it almost always does), divided aisles and the traditional delineation of male versus female become less and less relevant for brand marketers.

The naturals category has already made a noticeable step in that direction, with brands such as Burt's Bees, Aveeno and EOS focused less on traditional gender lines and more on purity and powerful ingredients. Even the oral care category has managed to present a more open and inviting positioning, while upping the level of technology and premium design cues.

As the populace continues to wrestle with gender definition and identity, essentially community by community, let's use this moment in time to rethink traditional definitions of target audience, and find ways for brands to more closely consider modern, progressive attitudes toward gender. As we think about how we brand and package products for this modern consumer, which brands will fall behind and which brands will lead the way? It's now in our hands. 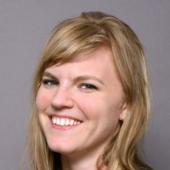