Before You Put Your Ad Business Up for a Pitch, Read This | Ad Age
Skip to main content
Sign In Register

Before You Put Your Ad Business Up for a Pitch, Read This 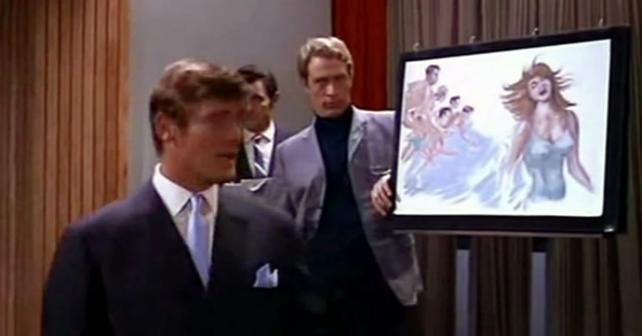 As an experienced participant in advertising pitches and their incredible inefficiency, I wonder why CMOs bother.

I guess the belief is that exposing your challenge to the greatest possible number of minds gives you the greatest chance of getting a brilliant idea/ad agency partner.

But even the seemingly innocent sentence above already contains unnecessary complications: Do you want a great idea or an ad agency partner? The two are absolutely not one and the same.

One is about brilliant thinking, the other is about behavior. Because a great idea doesn't care who has it, it could just as easily be an oaf or a creep as a princess or prince. That's not a joke -- it is absolutely and critically true. You're not looking for saints or even new best friends. You're looking for brilliant ideas.

Besides, what does a great partner entail? I don't think pitches and their so-called "chemistry sessions" reveal that. In my experience, they mostly reveal who is cleverest at manipulating the client.

If the work that results from most pitches is anything to go by, then it seems most pitch winners win because they manage to seduce the client into loving average work.

Sometimes there's an equally incredible factor guiding the pitch award: So wedded is the client to the whole chemistry thing, that they honestly believe the ad agency they love may indeed have presented poor work on this occasion, but will doubtless improve under the client's aegis. Nah. Wnek's Pitch Rule: Great ad agencies don't present poor work.

During the D&AD advertising award judging there used to be no talking allowed. This was to ensure that the best work prevailed, rather than the best schmoozers, politicians or manipulators. In other words, the best creative people in the world chose the best work in a manner precisely opposite to how clients do it in pitches. A sobering thought.

In one agency I briefly contemplated joining, when creatives present work internally they begin with a cover sheet describing the idea. In other words, I may be a crap creative but I'm a good long-form explainer. Baffled consumers don't get access to an explanation of the advertising. Indeed, some of the world's greatest creative directors prefer to see the work alone, no people, to ensure the idea speaks for itself or not.

Other than the strategic thinking behind an idea and the idea itself, everything else is rote, doable by clerks -- or flim-flam.

Brilliant ideas need no teeing up. They ping and sing with immediate and utmost clarity.

Chemistry with who, again?
If you're a very lucky client (i.e. a very rich one) the chief creative officer you meet in your pitch meetings will actually be the person working on your challenge; far more usually it will be a committee, of lesser mortals.

More often than not, chief creatives will be far too busy in other meetings like this pitch of yours to be hands-on with your work.

It would be nice to think that the very best creatives become creative directors to spend more time teaching and passing on their skills and secrets. Not so. Creative directors have all their time sucked up by meetings where they are tasked with applying credibility to the "friendly con" that either the agency is crawling with ace creatives just like them or they need only sprinkle a little stardust on others' efforts to render them stellar.

The latter old-fashioned idea was exemplified in the 1969 movie "Crossplot" by Roger Moore's character, ad agency chief Gary Fenn. The only time we see Fenn "at work" is when he scoots out of the office with three subordinates giving chase clutching work. Fenn pauses, glances at the work, says, "No. No. Yes, but in blue," and leaves. The entire "stardust sprinkling" process has taken three seconds. As if.

If I was a CMO looking for the best possible ideas I'd cut out the middle-man, reject the cash- and time-suck and all-around inefficiency of outside pitching and grab a brilliant creative director for myself. CMOs would be stunned how, spared death by meeting, a great creative director would do what she or he does best, creating even more fantastic work than usual in a knowledgeable, single-minded, non second-guessing client environment.