Is Reactive the New Proactive?

Creative content and smart media planning have always been hallmarks of a savvy brand advertiser. Historically, solid brands understood their customers' buying cycles, which resonated insights about their target and how to plan and create ad campaigns to sell products. Often, budgets were earmarked by the end of summer for the entire next year -- sometimes even down to media placements. The advertisers that put the most effort into planning and orchestrating great campaigns usually won market share and captured the hearts and attention of buyers.

Cultural relevance has always been a driving factor in ad efficacy, but being relevant today requires advertisers to adopt a different mindset. The traditional practice of long planning cycles doesn't allow advertisers to take part in today's fast paced, impossible-to-predict shifts in news and culture. While counterintuitive, being reactive actually allows brands the flexibility to capitalize on opportunities that will invariably increase their exposure, although very few brands have been successful at this. However, the ones that have, cleverly, found a way to ride this wave are enjoying viral success and significantly more reach.

Although an over-used example, we saw a hint of this transformation in 2013, with Oreo's reaction time to a 34-minute power outage during Super Bowl XLVII. Within a matter of minutes, Oreo's team jumped on the opportunity with a tweet that read "Power Out? No Problem.," accompanied by an image of an Oreo and the caption, "You can still dunk in the dark." And then there was Arby's clever quip at Pharrell from the 2014 Grammys. Reaction time? Again, minutes. So while we were getting hints of this several years ago, this "ability-to-react-fast" is becoming more essential across the board, not just in social media.

Take a look at a few of this year's top-rated Super Bowl ads. Tide's Terry Bradshaw spot used elements from both the teams playing that night -- a production that could only be completed days ahead. And then there was Audi's gender-equality "Daughter" spot, a well-timed piggyback on the move by women all over the country to defy President Trump's policies.

The list of progressive brands adopting a reaction-based approach doesn't stop there. Tecate got in the act late last year with a clever ad that mocked Trump's proposal to build a wall on the U.S.-Mexico border. Others, including Ben & Jerry's introduction of its new flavor, Tonight Dough, quickly following Jimmy Fallon's debut on "The Tonight Show," go beyond advertising and carrying into products.

But reaction time isn't only about cultural trendspotting. Progressive brands understand that consumer technology is in a state of perpetual change, too. Facebook, still the reigning social network champion by most objective media measures, has launched a flurry of new features over the past year. Facebook Live, in particular, created real media advantage for quick to respond advertisers when it rolled out Live streaming for public use in January, 2016. Shortly thereafter, in February, the social network said its algorithm would give more preference to live video. It doesn't stop at Facebook. Updates to media channels are happening fast, and often in short notice. The bottom line: those who react faster are winning.

What can your brand do to hone its reflex muscles? For starters:

Smart brands are investing more time and money listening to inflections in culture and understanding when and how consumer attention is shifting. With this level of imminent change, is the counter-intuitive approach of planning to be reactive actually the new proactive? 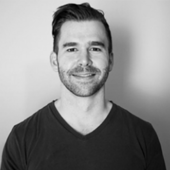 Mike Popowski is CEO of Dagger.