The apparent maturation of big data and technology in business and creativity was a prevalent theme at SXSW this past week. I counted at least 20 sessions dedicated to data and predictive analytics in some way or another, along with a raft of sessions around the topic of how data science and creativity come together.

One session in particular, titled "All Signs Point to Yes: Predictive Is Here" explored how predictive technologies can enable businesses to use data science to factor in thousands of signals about any problem, from marketing to recruitment to optimizing internal production systems.

Which got me thinking: With all this effort being invested in how we design our machines to operate, is there something we can learn in terms of how we utilize our talent -- the real supercomputers?

I'm not taking an anti-technology stance -- far from it. Technology is what's connecting and empowering networks of people to work smarter and more effectively, every day. However, if we continue with the idea that we are supercomputers for a moment, it does feels like we are still running on an old operating system.

Decades ago, the marketing landscape was a lot simpler. We generally worked on internal marketing plans that dictated when something would be executed. The operating system was designed to organize our talent in a way that could process and execute these requests. Take the client agency model as an example. The "command prompts" in this case were briefs based on a marketing plan that initiated a sequence of events. It was usually pretty linear, and after "processing" the request for weeks or months, an output was produced. In this case, it was usually some form of advertising.

Fast forward to 2015. Brands now operate in a complex world of media, touchpoints and moments in time, with each consumer engagement providing an instant feedback signal. So, in the same way we designed algorithms for marketing automation, we now have the ability to gather and analyze these signals every day and respond in real time, or depending on its magnitude, trigger something much bigger, like a pivot in the overall brand or creative strategy.

The challenge, if you look beyond social media teams, is that the overarching operating system of brands and agencies is not designed for these additional command prompts and variables. Our supercomputers are programmed to follow internal plans or the next brief rather than proactively using the data at our fingertips to uncover growth opportunities, process them and then produce an output, regardless of the media. In essence, we now have the most advanced supercomputer network ever, yet we are still running on Windows 3.1 from the '90s.

Isn't it time we not only updated our marketing technology but also the overall operating system for our people?

Consider what the operating system for your company or agency would look like today if you designed it from the ground up. What inputs and command prompts would set it into action? Is it just the internal marketing calendar or do you add additional "command prompts" from external consumer behavioral signals or cultural movements in the world? What are your outputs and what's the process to get to the output?

What if, instead of a brief, an input proactively started from a piece of social data that uncovered an insight and a growth opportunity, and the output was deemed to be effective in a TV commercial? Do you have the workflows and protocols in place to make this happens, or would it start in an agency social team, which then would have to interface with the agency brand team, which would then interface with the client marcomm team and so on. We would never design a computer to work like that.

There is no doubt some irony in the fact we have been trying to build computers to think like humans, and yet maybe along the way we discovered a new perspective on how we, as humans can work. It may seem a bit wild or left field at first, but give it a try. Become an engineer for a moment. Look at all the supercomputers within your organization, combine them with the data and technology available at your disposal, and then design the optimal operating system that will achieve your business objectives.

I'm confident it will look quite different than your current setup, and at a minimum, maybe it will inspire a small "bug fix" or "system update" that will make things run just a little better. 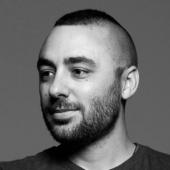 Luke Eid
Luke Eid is global director of innovation at TBWA\ Worldwide.
Follow View all articles by this author