Ten Buzzwords You Need to Know at Cannes 2016

We All Hate Buzzwords, But They Are Necessary for Innovation
READ THIS NEXT
Opinion: Will Sorrell's exit help creativity regain center stage?

If there are two things that are true about Cannes attendees, it's that we all hate buzzwords, and that we don't think we use them ourselves. But let's get real. Buzzwords are annoying, pretentious and absolutely necessary in order to differentiate new ideas from the status quo. Cannes Lions isn't just the world's biggest showplace for creativity and innovation in advertising -- it's also an incubator to nurture the burgeoning buzzwords we use to talk about it. Each year, a new crop of buzzwords is sent out into the world after the festival. Here are the ones to know as you mingle around La Croisette this year.

1. Disintermediation. When brands bring marketing talent in-house and start making their own work instead of hiring it out to an agency, that's disintermediation. The impact this is having on brands, agencies and creativity in advertising is something we can expect to be hearing a lot about this year.

2. Native music. Over the past decade, the way we distribute and consume both advertising and music have been completely reimagined. However, the two industries evolved largely in parallel, with advertisers latching on to native video and journalistic content, and ignoring the opportunities that lie within the new music market. That's about to change as brands wake up to the potential of native music creation and start aligning themselves with musicians and DJs to reach consumers and drive culture from within.

3. Crowdculture. Coined by Douglas Holt, a former professor at Oxford and Harvard Business School, this is a term used to describe the way modern culture is created and driven by digital crowds. As crowdculture becomes the predominant cultural force and rewrites the rules of branding, the concept is increasingly crucial for advertisers to understand.

4. Artificial intelligence. As computers learn to think for themselves, it raises some critical questions for humanity. Is it our destiny to become house pets for an army of hyper-intelligent robots as Elon Musk predicts? Or will they render us all useless when they take our jobs? As advertisers, it's our responsibility to figure out the most important existential question of all -- what will this mean for brands?

5. Value exchange. In an era long ago, the advertising value exchange was simple -- a consumer watched TV or read a magazine, and they watched some ads in the process, because those were what paid for the content in the first place. The digital era and the fact that consumers now expect their content to not just be free, but ad-free, upended this entire system and we as advertisers are still trying to rewrite the rules.

6. Virtual reality. While this technology has been a topic of discussion at Cannes for the last few years, 2016 will be known as the year the medium broke through to the mainstream. No longer a futuristic novelty relegated to conferences and festivals, consumer headsets are available and about to change the way people experience entertainment and gaming at home. This year, attendees won't be discussing what the technology is, but rather how marketers are carving out a place for themselves within the creative medium.

7. Bots. Long before the robots take our jobs, they'll be chatting us up on Facebook messenger and Slack. Brands are starting to use machines to talk to consumers online in order to provide customer service and sell merchandise. The marketing implications of this technology is still being explored and the potential for creativity is huge.

8. Prototyping. This is the process of physically -- or more often, digitally -- representing a creative concept, giving a client the chance to touch or interact with it. As we get further and further away from simply mocking up some ads to pitch to a client, prototyping becomes increasingly important, and is now a critical part of the creative process for many agencies.

9. Purpose. "Purpose-driven advertising" was a huge buzzword at Cannes a few years ago, but the concept has since expanded and taken on a life of its own within the industry. It's no longer enough for brands to make an ad that has a positive impact on society; entire agencies are dedicated to finding a company's core purpose and building their marketing around it. "Purpose" has replaced corporate responsibility and is now an all-encompassing framework for responsible brands.

10. Human. OK, this one isn't that new, but it continues to embody what people dislike about buzzwords. This vague term is often used to describe an antidote to the impersonal nature of our online lives -- advertisers are constantly chasing "human truths" and "authentic experiences" that real humans can relate to. If you have to work this hard to make something "human," the internet isn't the problem. 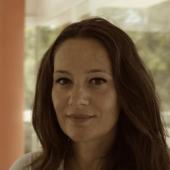