Brands -- and Hillary -- Can Take Some Lessons from the 'Leave' Campaign
READ THIS NEXT
Opinion: Will Sorrell's exit help creativity regain center stage?

On June 24, the UK voted to leave the EU and for many, the unthinkable happened.

As a Londoner living in the U.S., I think it is fair to say that amid our concerns for our children, our foreign friends and freedoms, and our supremely divided nation, the most worrisome revelation is that facts, logic, and generally sound economic argument have lost in favor of fear and unregulated fantasy.

As the world now looks to the next big vote of 2016 -- a race as divided and contested as any in recent history -- the question of marketing lessons presents itself: What can we learn from events in the UK? Here are five things brands, and Hillary Clinton, can learn from Brexit.

1. In the sound-bite economy, power goes to those who can communicate big change in small ways.

Propaganda slogans have always been defined by their simplicity. Easy calls to action that make us feel needed work fast to galvanize and activate.

And therein lies the first issue for the Remainers. "RemaIN" may look clever, "Britain Stronger in Europe" may sound, well strong. But neither have quite the collective pull of "Let's Take Back Control" -- a slogan of the "Leave" campaign. It's a clear call to action with a common purpose and a common enemy.

Turn to America, and Trump's "Make America Great Again" might just be the ultimate propaganda sound bite. "Hillary for America," meanwhile, is hardly the call to arms that great crusades are made of. Where is the collective invitation? The mission? The promise of change?

2. We are tired of experts.

It is no surprise that our trust in traditional political power was dealt a death-blow by the great recession. The rule of economic intellectuals, with their facts, statistics and data, has reached its sympathetic limit.

"I think people in this country have had enough of experts," declared Vote Leave's Michael Gove. His fellow Brexiters were quick to back him up. "There is only one expert that matters," said Labour MP Gisela Stuart, "and that's you, the voter."

Yet experts on the surface are being used as a proxy for something much more dangerous at heart -- the establishment. Both the "Leave" campaign and Trump have used our lack of economic trust to create an enemy out of the traditional powers, and to present themselves as the fiscally untested but ideologically desirable counter movement.

And in today's post-factual rebel hinterland, it's a fool's game to underestimate the power that counter movement holds.

The real power of a counter movement has never been its factual basis, but the root of its energy -- the passionate emotion that beats at its core.

When you add the modern wild card of social media, what was a disorganized groundswell of individual feelings rapidly can become a mobilized recruitment force with unlimited access. For Brexit, this manifested itself in two times the number of posts on Instagram, with on average 25% more likes, and 19% more comments than the Remainers saw.

Passion is a currency that doubles itself on impact, and ideological posts are digital amoebas.

"We want our country back." This is the language of the "Leave" campaign. Passionate. Collective. Emotive.

In contrast, "Remain" chose to focus on you: "This is your future, your risk, your tomorrow." And while no one is denying the power of the individual, it is fundamentally flawed in two ways: It requires the voter to take personal responsibility, and "you" language allows for constant reinterpretation.

The chants, signs, slogans of the Trump campaign don't allow for interpretation. They speak of collective thought. Devoid of interpretation. Who exactly doesn't know the meaning of "Build the wall higher?"

5. The internet algorithm is reinforcing our ideological differences.

While we may believe freedom of search is waiting at our fingertips, our feeds are actually serving us more of the same. Once you start clicking on links or hashtags, the algorithms work overtime to serve you more like-minded posts.

In the realm of politics this is a travesty -- widening our ideological differences and eliminating unbiased debate. You never saw a #brexit post accompanied by a photo of "♥ the EU." #Remain is unlikely to be accompanied by a darling photo of Nigel Farage (should such a thing exist.)

And so one of our greatest assets is cut off at the knees -- our ability to understand and empathize with the middle. We become so partisan we can't see the forest for the trees. But as Brexit shows, the middle will go with passion over logic. It simply doesn't trust the logic anymore.

So as we look to November, we must stop dismissing Trump as ridiculous. Instead, Hillary needs to loosen the reins on sound economic arguments and start espousing some genuine ideological sound bites. What do you dream of? What is your vulnerable belief? Because we all need a bit of ideological passion to rally around right now. 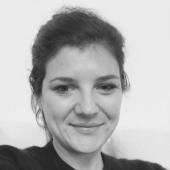