Activist Brands: It's Time to Take a Stand

As it often does, "Saturday Night Live" expertly lampooned the ad industry this weekend. In its "Pitch Meeting" sketch, two agency teams competed to win Cheetos' next campaign. One agency took the traditional (and sensible) route of positioning the snack as a fun kids' product, while the other took the approach that we saw in several of this year's Super Bowl ads: connecting a product with wildly unrelated political and social issues through crass emotional manipulation.

It's the job of "SNL" to skewer politicians, society and the media. In this case, they succeeded in lambasting brands that make surface-level and convoluted connections with complex issues people are deeply invested in.

But in a media and cultural climate that right now is being driven by an extraordinarily high level of interest, anxiety, and passion about news related to the new presidential administration, it would be a mistake for certain brands to ignore opportunities to connect with their customers in ways that are genuine and meaningful.

It's safe to say that business as usual is over. Post-election, the rules have changed. We have a president no one predicted would win, and we have people protesting for the first time in their lives. What's a brand to do in this new normal? How should a brand be part of the cultural conversation when the focus is political and the content is divisive by nature (two things brands have traditionally tried to stay away from)?

These are not easy questions to answer, but in the coming months they are going to be critical to address. We are witnessing a new global phenomenon, the likes of which we haven't seen before: the democratization of activism. Political activism has entered mainstream culture so much so that political organizations have received a record number of contributions and Facebook posts have moved from puppies and selfies to a repository for phone numbers of congressional representatives.

Unlike its predecessors, this particular brand of activism is not defined by a single issue, or even a political party. This new breed of activism is predicated on a deep-seated belief that democracy and even humanity are under attack. And, most poignantly, it is giving rise to a new consumer mindset that brands can no longer ignore: the everyday activist. These are activists who are making their voices heard every day, and they aren't going to settle down or return to normal life. For the first time in their lifetimes, they are activating what it means to be a citizen.

The everyday activist was on full display at the Women's March. The people who turned up in droves were not the usual suspects. These marchers, who came in the millions, were grandmas with their grandchildren, daughters marching alongside their fathers, people of every shade, socioeconomic rung and ethnic background. This was not a fringe march based on a single issue. This was a mass march based on multiple issues, which, to oversimplify, laddered up to women's rights being human rights.

And yet, not one brand that supports women every day showed up for the march -- not even from the safe sidelines of social media. Not because they didn't want to, but because they didn't fully realize the magnitude of what was happening. Just days later, we saw brands jump into the fray loud and proud. Starbucks, Airbnb and Lyft all realized there had been a major shift in sentiment, and decided to do the right thing regardless of who they might offend, or which customers they might lose. They realized it was time to take a stance, to activate their own brand purpose and go out in the world to make a difference.

The brands that align to these new everyday activist values are going to be the ones that win. In our new world -- where the masses are making their voices heard in bold, public ways -- brands must start doing the same, or risk their competitors outshining them. It's critical, however, to make sure that your stance is born out of your preexisting purpose. Otherwise, you will appear opportunistic.

Beloved brands have been defined by human truths, so when people feel those truths are under attack, it is hard to sit back and do nothing. It is no longer enough to know why you exist through a brand purpose. Today it will be essential to show the world where you stand, and have the courage to activate your brand stance. 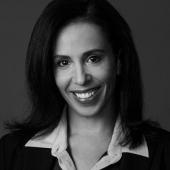