New York Fashion Week has come and gone once again and, amidst all the pageantry and glamour, a new theme seems to have emerged.

Many have been quick to praise the Spring/Summer '17 shows for daring displays of inclusivity as pregnant models paraded down the runway for JCrew; dancers, athletes and an amputee modeled for Chromat; and let's not forget Reshma Qureshi, the 19-year-old Indian acid attack victim that walked for FTL Moda. The list goes on…

I have to question, however, are we truly driving toward inclusivity or are we targeting our praise to a few PR stunts that will have no lasting effect on the fashion industry?

Sitting at the intersection of fashion and marketing, my perspective is that, while baby steps have been made in recent years to broaden the variety of women and body types we see on the runways, few designers have made any real efforts to be inclusive in a lasting way. While designers are making short-term statements with transgendered models, models with albinism, models with vitiligo, etc. -- all of whom are certainly worthy of the spotlight -- the fashion industry continues to systematically marginalize a major group of US women. I'm talking, of course, about those we deem "plus-sized".

The fashion world typically associates "plus" with size 14 and up. The problem lies in that only a small number of brands have embraced the plus-size demo.

Don't get me wrong, I've been encouraged by the slow rise of plus to prominence, and acknowledge that there are designers, like Christian Siriano, who seem to be genuinely embracing a range of sizes both on the runway and in retail. Siriano's collaboration with Lane Bryant is full of chic, wearable pieces meant to flatter, rather than hide, curvy figures. He also made headlines earlier this year for responding to actress Leslie Jones Twitter lament about designers being unwilling to outfit her for Ghostbusters premier with a stunning custom gown.

Plus is slowly making its way into mainstream ad campaigns too, for brands like H&M and Calvin Klein (my former employer). Ashley Graham, whom we cast in an ad for Swimsuitsforall in 2015 --making her the first plus-size model to appear in the Sports Illustrated Swimsuit Issue-- has gone on to achieve supermodel status in her own right, plus or not.

But it's merely scratching the surface. Amidst a steady stream of talk about inclusion today, the practice of systematically ignoring a large percentage of the female population is ironic, flawed and downright discriminatory.

I'm dismayed that "plus" remains so polarizing in mainstream media. There's a certain stigma inherent in its otherness, but there shouldn't be. The average American woman now wears approximately a size 16.

Plus-sized clothing continues to be relegated to a separate category from what we deem "straight" or "regular" sized; the implication being that plus is not the norm. In fact, "plus" is the norm: About 67% of women in the US are plus-sized.

Yet, with very few exceptions, top designers and retailers have yet to fully embrace this market, often relegating small sections or limited collections to plus sizes and specific designers.

My question now becomes, when are luxury brands -- the ones who dictate trends and are essentially the leaders of the fashion pack-- going to pick up on this opportunity? It's true that luxury has never really been about inclusivity, but this is one case where what's good for consumers is also good for retailers.

The old argument was that plus-size women shop less. Obviously, that's nonsense as plus-size apparel is a $20.4 billion market growing 17% YOY (vs. 7% for non-plus apparel). It's a thriving business online and in the few mass retailers that have begun to integrate plus-size offerings.

The real issue is that plus shoppers have been ignored and marginalized for so long, they didn't have the opportunity to sift through endless array of options like their smaller-sized counterparts.

Besides the fact that not doing so is discriminatory, it's a costly mistake for any brand that's not already servicing this demo.

We need to learn from the select few brands leading the way by and then quickly scale the behavior.

The more variety in body types we see on runways and in glossy campaigns from aspirational brands, the more retailers of every tier will be likely to integrate plus-sizes into their offerings.

If we're going to talk about diversity and inclusivity in fashion, let's start by embracing and reflecting the average female shopper more authentically and consistently.

Neil Kraft is founder and creative director at KraftWorks, a creative agency based in New York. He is the former head of advertising for Calvin Klein and Barney's stores, and is a graduate of the Rhode Island School of Design. 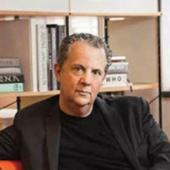 Neil Kraft
Neil Kraft is founder and creative director at KraftWorks, a creative agency based in New York. He is the former head of advertising for Calvin Klein and Barneyâ€™s stores, and is a graduate of the Rhode Island School of Design.
View all articles by this author