Is Trump Really a Marketing Genius?

Despite Trump's Being Labeled a Brilliant Marketer, He's Not
READ THIS NEXT
Opinion: Will Sorrell's exit help creativity regain center stage?

"Donald Trump is a marketing genius."

That seems to be the one thing you can say about the Republican presidential candidate that stirs no controversy. You cannot say that he is principled, articulate, fit, honest, informed, witty or reasonable without inciting a fight. Mention his business success and you'll hear about bankruptcies and disgruntled bondholders. You can't even say that he's tan -- no, his critics insist, he sprays himself that orange hue.

About the only thing you can say of him is that "he's a brilliant marketer." Oh yes, ideologues of every stripe agree, that much is true.

For the Republicans, "marketing genius" explains how a man with no loyalty to the GOP vanquished a baker's dozen of candidates who rose through the party ranks. It's a way of saying, "The rank and file dismissed Jeb as a wet noodle because of Trump's salesmanship, not because our ideas or our candidate failed." For the Democrats, "a brilliant marketer" means he is a shameless liar who is now savaging positions and people he recently supported.

You'd expect actual marketers to cry foul upon hearing Trump labeled the genius marketer. Trump markets by putting his name on as many things as possible -- and he is the failed marketer of his eponymous vodka, airline, steaks, travel site (GoTrump.com), magazine, mortgages, board game, water, restaurant, casinos, vitamin supplements and the Tour de Trump. Many of these brands lasted less than a year; the Trump Restaurant at Jones Beach stood for just three months. In the case of Trump Airlines, the Donald took an ongoing business -- the Eastern Air Shuttle -- re-branded it Trump and…it died.

Then there's Trump University, the defunct online school that lives on as a court case despite Trump's fulminating against its presiding Mexican-American judge for being…Mexican. There is less evidence in this case of Trump's marketing prowess than of his committing fraud, false advertising and unfair business practices. Roger Parloff of Fortune noted this Trump first: He is the only candidate for president who has been charged with violating laws against "financial elder abuse."

Given all these Trump belly flops, it would be easier to establish that he's actually the world's worst marketer, at least until you get to this year. How could he have achieved so much politically were he not a marketing whiz?

Consider Nigel Farage, the outgoing head of the Independence Party in the U.K. who spearheaded Brexit, the stunning upset of the British status quo. Critics widely accuse the pugnacious Mr. Farage of tapping into dark undercurrents of nativism, racism and xenophobia in Britain, which is exactly what Trump did by promoting the birther effort to deny President Obama's nationality four years ago and then again in this campaign by attacking Mexicans and calling for a ban on all Muslim immigrants. He shares Mr. Farage's willingness to exploit for political benefit the nasty byproducts of globalization, income inequality and terrorism, but pandering to racists is not marketing. Like Farage, Trump plays to a niche audience, but winning the White House requires marketing to a mass audience.

Where's Trump's marketing plan? You might detect it in the candidate's consistent messaging, except Trump's message changes at any moment and then ricochets off to something else. You might find it in his media plan, but there is no media plan -- only a daily drive for free media that Trump earns by making contradictory, offensive or incorrect statements that alienate uncommitted voters. You could judge it by his experiential activations across the country, but there is no ground game to judge. Top marketers run a tight organization, but dysfunction still defines the Trump campaign only days before the Republican convention.

There is plenty of marketing genius around -- just watch this year's Gold Lion winners at the Cannes Festival. Trump exhibits none of that genius and if he loses the election, lousy marketing will be one of the reasons why. 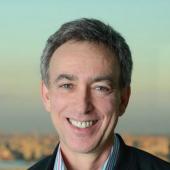