Welcome to the World of 'Infinite Production'

I recently attended an agency forum in Europe, populated by an impressive gathering of unapologetically talented agency leaders from across the globe. The calling was inspiring in that a key theme of the event was to think about ideas as platforms rather than as inspirations for a specific execution or format.

The point was that a great idea, now, is boundless. Things are made -- some big, some small, some made by the public, some privately, some are liked, responded to, shared, edited, re-edited, appropriated, stolen, emboldened or bought.

Achieving this requires a change in agency mindset.

Great ideas must manifest. We can't stop at catalyzing this. We must participate in the complete journey of our ideas, embracing a mentality that refuses to recognize a boundary in what we provide, in both making and cultivation.

I call this the new world of "infinite production."

Infinite production represents a shift from the production mentality of making many singular things, terrifically, toward the cultivation of an ecosystem of things. We extend our ability to make higher-quality communications and take that executional experience, style and management ability to a more quantified level. We move from making hundreds of things to thousands. Ideas become iteratively infinite.

How can we do this? Within agency production, I see four ways:

At the same time, the disciplines within agency production departments are also shifting, requiring broader producer capabilities, maintaining producer "craftspeople," while adding newsroom-style producers and content managers. The latter two are the newest functions in that we now have producers who are expert in making things in hours and days rather than in weeks or months, and others experienced in the broader sourcing of volume video. In effect, we act as publishers.

Importantly, this also requires that an agency's internal-making faculties grow. Production -- not to mention producing itself -- will shift toward an agency in-house enterprise in order to meet the demand for content and requiring agencies to invest in expanded in-house capabilities. This, in turn, will inspire an "always-on" production culture (post-production becomes day-to-day), and lead to yet-unseen fluidity in agency-side post workflow and more purified teamwork -- all at a value-intensive cost to our clients (more, faster, cheaper).

With these changes will come an even greater premium on talent -- adding traditional talent, but also involving a distinctive push into what I call "social artists." In-house studios, for example, will emphasize a mobile-first creation skillset. Any unit like this will still be in its industry-wide infancy, so it can be a unique and opportune capability for a modern agency to boast.

Traditional suppliers will be as important as ever, though we will see the development of new partnerships with key creative vendors. The traditional production-supplier business itself is already accelerating toward a "new look," and these changes in infinite production will spell a new era in competition, opportunity and partnership.

Agency production -- and agency "making" things itself -- will spearhead the shift in productivity. By adopting the tenets of a new, more prolific production model, agencies can make it operative, rather than merely aspirational, to cultivate anything a great idea may need.

After all, it's how our clients perceive their content landscape now -- infinitely. 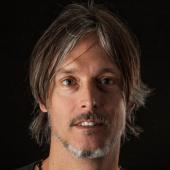