Your Ads Should Be Alive With the Sound of Music 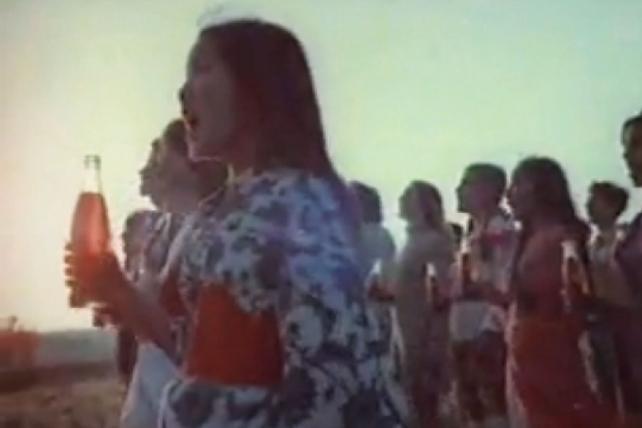 What's the most under-utilized tool in your marketing toolkit?

Did you watch the last episode of "Mad Men," particularly the ending? As soon as I heard the first few bars of music, I knew it was Coca-Cola's "Hilltop" commercial.

It must have been 40 years ago that I last heard that tune. That's the way it is with music. Once it makes a deep impression in your mind, you can never forget it.

(Like the first four notes of Beethoven's Fifth Symphony.)

One of the biggest problems in TV is associating the message with the brand.

How many consumers have said, "I saw a great TV commercial last night?" And they mention the theme of the commercial and the punch line of the joke, but can't recall the name of the advertiser.

The story lines are involving; the brand names are not.

There's another basic problem. Do consumers actively watch TV commercials? Or do they merely tolerate them while they wait for the program to start again?

Consumers select the programs they want to watch. But outside of the advertising industry, who has ever said, "Let's turn on the television to watch the commercials?"

Music can help solve the problem.

The Hilltop music could be used as a backdrop for all of Coca-Cola's radio and TV commercials. Just drop the lyrics and the hilltop visuals and use the music to identify the fact that the brand being advertised is Coca-Cola.

The fact is, a dominant brand like Coca-Cola doesn't need a musical signature to increase its awareness. But there are many minor brands that could use one.

How about Mountain Dew? When's the last time you remember hearing or seeing a Mountain Dew commercial? (Or rather a "mtn Dew" commercial, to reflect the brand's silly name change.)

Why doesn't PepsiCo, the owners of the brand, license the music from that old Mountain Dew song?

The problem is, we don't think in words at all; we think in sounds. There are no words in your mind. There are only sounds.

That doesn't change as the infant grows up. Later, the child learns to associate a sound inside his or her mind with a visual composed of letters of the alphabet. But the words are always outside the mind. The only thing inside the mind are sounds.

That's why there is mental confusion when two words (principal and principle) have the same sound, but different meanings.

In your mind, "principal/principle" is one sound with two meanings. That's why the two words are always going to confuse you in spite of the fact that they look different and are spelled differently.

Music is emotional. Sounds are not.

But did you also know your right brain is the side of your brain affected by music? That's the reason music has such emotional power. And it's emotion that creates the memory links in your brain.

Music is sound arranged and organized to be euphonious in the listener's mind using techniques like harmony, melody, repetition and rhythm.

Unlike words on a page, music doesn't lie dormant, frozen in time. Music is aural action. It's always moving, always going someplace. At times in a hurry, at times at a languid pace. But always in motion. It's the difference between a sheet of music and music itself.

"Music has charms," wrote William Congreve, "to soothe a savage breast. To soften rocks, or bend a knotted oak."

Think about what music could do for your next radio or TV campaign. But not just any music. What you need is a musical slogan that gets repeated in everything you do.

I'd like to teach the world to sing
in perfect harmony.
I'd like to buy the world a Coke
and keep it company.