Premium Milk Is Great Idea, but Positioning Could Be Better
READ THIS NEXT
A Few Words About Jack Trout and Positioning 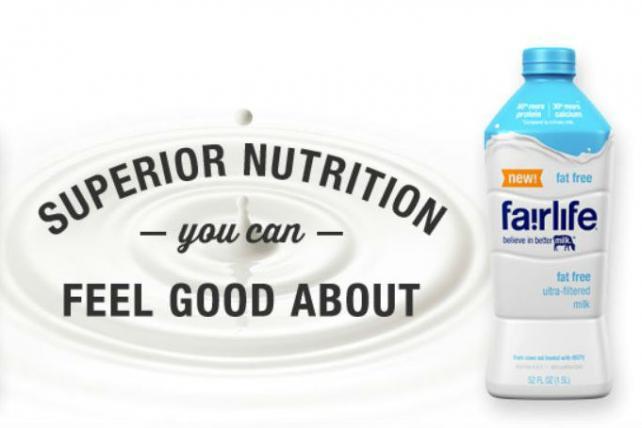 I was impressed when Coca-Cola announced the introduction of Fairlife, the first brand of "expensive" milk. Or as Sandy Douglas, president of Coca-Cola North America, called it, "the premiumization of milk."

Finally a great idea from the world's largest beverage company. Apparently, Coca-Cola has finally learned how difficult it is to build a new brand when you are not first in the category.

Now that Coca-Cola has launched the first high-end brand of milk, it might be interesting to see how the company is planning to position the brand.

What's the category?
A new category starts with several category names. After a certain amount of time, consumers coalesce around a single same.

The biggest mistake a company can make is taking a laissez-faire attitude toward its category name and letting the market decide. Once a category name gets accepted, it's almost impossible to change. Even category names that have little or no meaning.

What's a sport-utility vehicle? Or a station wagon? Or a sedan? Everyone knows what these vehicles look like, but those category names don't really describe them.

Long-term, the most-powerful brands are brands that start out by controlling the category name. Red Bull was introduced as the first "energy drink." A category name that was almost instantly accepted by the media and the marketplace.

But will milk drinkers use Fairlife's category names? I think not.

Yet most companies do the reverse. They pick the brand name first and then the strategy for the brand. And let the media decide what category name to use for the brand.

So how should you decide what category name to use? The best approach is to first decide what the position the new brand should own in the mind.

Not a good idea.

Years ago, that's what BMW tried to do to wedge its way into the American market. A typical advertisement from the early 1970s: "BMW is a unique combination of luxury, performance and handling. And it's amazingly easy on fuel."

BMW didn't pick up speed until it narrowed its focus to "driving," a concept the company still promotes today.

If you can build the world's largest-selling luxury-vehicle brand with a single attribute, why can't you do the same for a cup of milk?

My suggestion would be to narrow the focus to "protein."

Take milk. You have whole milk and reduced-fat milk, either 2%, 1% or skim milk. In other words, milk is divided into sub-categories depending on its fat content, even though fat is not the largest component of milk. (Sugar is.)

What would have been a good category name for Coca-Cola's Fairlife brand? I would have called it "high-protein milk."

To hammer the high-protein idea even further, I would have introduced Fairlife as a skim-milk product only. Not the three types Coca-Cola is apparently going to introduce (2%, skim and chocolate milk.)

With 50% more protein than regular milk, no fat and half the sugar, "high-protein milk" would likely be perceived as an exceptionally healthy beverage, thanks in part to the many other brands jumping on the protein bandwagon.

Witness the vast array of protein bars on the market and the many "protein" line extensions like Cheerios protein oats & honey, Special K protein cereal and shakes.

A new brand name
If high-protein milk is the category, what should the new brand name have been. Instead of Fairlife, I would have tried to register ProMilk.

Not only does ProMilk, the first high-protein milk, link the brand name to the category name, it also hammers the hottest idea in the food industry today.

For a new high-end milk brand that singular idea, in my opinion, is "high protein." A singular idea that should be the name of the category.

A singular idea that should also be reflected in the name of the brand.