You Can't Win a Revolution With a Line Extension

Big Changes Demand More Than Just a Change in Marketing
READ THIS NEXT
A Few Words About Jack Trout and Positioning
In the last decade, we've had two wars (Iraq and Afghanistan), two automobile bankruptcies (General Motors and Chrysler) and two radically new social-media sites (Facebook and Twitter).

We've had a housing crisis, a banking crisis and a dot-com bubble. Three of our four leading airlines have gone bankrupt. And the fourth one (American Airlines) is losing money.

Take the automobile industry. Coming down the road at a rapid rate of speed is the electric car. Every major automobile manufacturer in the world is busy developing and introducing electric cars. Some recent announcements.

In addition, Toyota, Honda, Daimler, Volkwagen and Audi have declared their intentions to introduce electric vehicles.

So the cry goes up, "Change the marketing. Let's let the world know our brand is the one that is pioneering the electric vehicle."

The theme: "Innovation for all."

"The Leaf is the most recent example to believe that Nissan is an innovative company," said Jon Brancheau, VP-Marketing in a recent conversation with Ad Age.

Nissan and the other electric-car wannabes are missing a major opportunity. Nissan is a gasoline-engine brand. Not an electric-engine brand. And given the history of similar developments, it's going to be difficult to move the brand from one to the other.

Take the personal computer. Like the electric car, the first personal computers arrived with a massive dose of publicity. So almost every high-tech company in the world responded in a similar way.

"Change the marketing. Let's let the world know our brand is the one that is pioneering the personal computer."

So almost every high-tech company in the world introduced a personal computer (under their own brand names, of course): AT&T, Burroughs, Dictaphone, Digital Equipment, IBM, ITT, Lanier, NCR, NEC, Siemens, Sony and Xerox, among others. 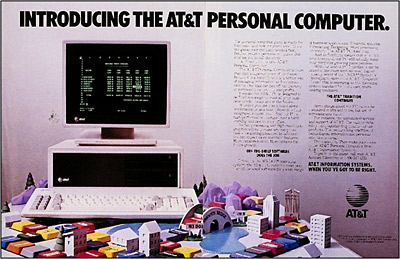 So which one of these high-tech companies is the world leader in personal computers? No one, of course.

For a number of years, the world leader in personal computer was Dell Computer, a startup that traces its origins to 1984, when Michael Dell was a second-year student at the University of Texas at Austin. That was three years after the launch of the IBM PC.

The current world leader in personal computers is Hewlett-Packard, which might elicit an "Ah-hah. That proves a high-tech company can launch a line-extension and become the world leader."

Not exactly. In the year 2000, the world leader in personal computers was another startup, Compaq Computer, with 12.1% of the market. Like Dell, Compaq was founded after the launch of the IBM PC.

In the year 2001, Hewlett-Packard bought Compaq and began its rise to the top. Furthermore, the previous year Hewlett-Packard spun off its test and measuring equipment into a new company named Agilent Technologies, leaving HP as a company focused on computers and computer printers.

But that's not the whole story either. By its thoughtless marketing decisions over the years, Dell gave a big boost to Hewlett-Packard. First by moving into the consumer field and destroying its business focus. And second, by introducing line extensions including TV sets, handheld computers, digital audio players and printers, all under the Dell name.

One could argue it was better products, not better brands, that built Compaq and Dell into their leadership positions. But is this logical? Two startups that got into the game late could build "better" personal computers than high-tech companies like IBM, Xerox, Digital Equipment, Siemens and Sony?

But "the better product wins in the marketplace" is a concept so deeply embedded in management thinking that the facts alone will never change this perception.

Take the smartphone. Like the personal computer, the first smartphones were line extensions introduced by Nokia and Ericsson, traditional mobile-phone manufacturers, and by Palm, the handheld computer company. They all reacted in a typical way.

"Change the marketing. Let's let the world know our brands are the ones that are pioneering the smartphone category." After a while, Dell and Hewlett-Packard joined the smartphone pack with line extensions of their own.

So who is winning the smartphone battle? The leading mobile-phone manufacturers or the leading personal-computer makers?

In January of this year, Nokia and Motorola together had just 7% of the U.S. smartphone market while BlackBerry and the iPhone together had 68% of the market. 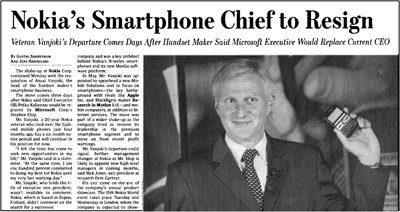 Today, Nokia is in serious trouble. Since Apple introduced its iPhone in January 2007, Nokia shares have fallen 65%. Its CEO has been fired and the head of its smartphone business has resigned.

So why didn't Nokia use a second brand name to launch its lines of smartphones?

Having worked with many high-tech companies in similar situations, I would expect the same response: "It's not the brand name that matters. It's the product."

Sure. And Lexus would have been just as successful if it had called its brand "Toyota Supreme."

And L'eggs would have been just as successful if it had called its brand "Hanes Too."

And the Geek Squad would have been just as successful if it had called its brand "Best Buy repair service."

And Dockers would have been just as successful if it had called its brand "Levi's Tailored Classics." (Which was the original name until the company wised up.)

And DeWalt would have been just as successful if it had called its brand Black & Decker Pro." (Which was also its original name.)

Unfortunately, when you start to document the success of second brands, you rapidly run out of examples. Almost all new products launched today are line extensions.

This is not a recent development. Take the automobile, which made its appearance at the beginning of the 20th century. At the time, the leading bicycle company was Columbia.

So what do you suppose Columbia did? "Change the marketing. Let's let the world know our brand is the one that is pioneering the automobile."

As you might expect, the Columbia automobile went nowhere. Instead, the Ford Model T, a vehicle produced by a startup company, went on to dominant the industry for decades.

So now we're into the 21st century and it's Ford's turn to make a decision about its electric car. So what strategy is Ford planning to use?

Silly question. The same strategy Columbia used. "Change the marketing. Let's let the world know that the Ford Focus Electric is the brand that is pioneering the electric-car category."

Reminds me of the song in the movie, Casablanca. Play it, Sam.

You must remember this
A kiss is just a kiss, a sigh is just a sigh.
The fundamental things apply
As time goes by.

So, too, with marketing. The fundamental things apply . . . as time goes by.