Amp spotlight: Are millennials "afraid of the 23-year-olds who work for them"?
Credit: Ad Age Illustration: Image iStock

It's a tale as old as time: A new generation comes of age and ushers in a set of standards that push current norms squarely into outdated territory. Generation Z—or, anyone born between the late 1990s through the 2010s—has opened the eyes of their elder millennials to a number of ways in which they're “doing it wrong,” from how they dress to how they emoji to how they part their hair.

While some of these culture shifts are easier to accept than others (Team Side-Part-For-Life!), adapting to change can be uncomfortable, especially when it comes to how young workers comport themselves in professional settings (as detailed in a recent New York Times article, which boldly stated "The 37-Year-Olds Are Afraid of the 23-Year-Olds Who Work for Them"). However, with that discomfort comes—perhaps long overdue—progress, including a greater focus on mental health, work-life balance and forward movement on issues like diversity and inclusion.

“Gen Z is driving companies to change workplace practices and standards, and pushing back on the idea that work stress is a given,” says Kathy Sheehan, senior VP of Cassandra, a division of ENGINE. “In fact, work stress, in the eyes of Gen Z, is their employers’ problem to deal with on their behalf.”

This month, we caught up with members of the Amp community to see how the youngest cohort of workers are pushing boundaries and standards for how we work, and how we should be doing it better.

The value of values

“It used to be that you were lucky to have a job—Gen Z is flipping that sentiment on its head and feel their job is lucky to have them,” says Sheehan, who is a Gen Xer. “They are much more comfortable in bringing their raw authenticity to the workplace and leaving jobs that won’t provide space for all of their identities.”

As post-millennial members of the workforce begin to fill offices and Zoom conference spots, the tide of office culture is shifting, making space for the values Gen Z sees as not only important but non-negotiable. The emphasis placed on authenticity is one that advertisers should understand, some say. “We see the value in human emotion, at least from a business standpoint,” says millennial Kelsey Hickok, content manager at Bandolier. “The acceptance that we are all human beings rather than cogs in the system is priceless.”

As the demographic makeup of teams skews more and more toward the younger end of the spectrum, businesses are facing pressure to prioritize values like mental health, diversity and inclusion, a sense of community and, generally, work practices that prioritize the people carrying out the work. “Gen Z is a generation driven by their values and personal morals,” says millennial Jessica Romaniuk, president at Two by Four in Chicago. “There is a sense of fearlessness and tenacity attached to this generation that makes it impossible to gloss over or disregard their concerns.”

According to a recent Monster.com survey, 83% of Gen Z candidates ranked diversity and inclusion as a priority when choosing an employer—and when their share of the workforce is only set to grow (currently hovering around 20%), that should matter to every employer with an interest in attracting talent.

“It’s interesting to see not just the generational workforce shifts but the nuanced differences when we layer in workforce impacts from Gen Z communities of color,” says Gen Xer Marissa Nance, CEO and founder of Native Tongue. “There is a tangible mindset for these workers that almost dares a company to lack a transparent DE&I strategy and practices. They look beyond the next cubicle and into the highest board rooms for representation and understanding, and have zero fear in holding those in charge accountable.”

While millennials laid groundwork in opening up critical conversations around representation, the Gen Z approach is bolder, and that boldness is likely more effective in the change it brings about. They’re more vocal than their predecessors thought prudent, both in the office and on public forums, and that means mounting pressure for brands and businesses whose image hangs in the balance.

“It’s not uncommon to see the Gen Z workforce amplifying workplace culture stories on TikTok, Instagram reels and other highly engaged platforms,” says millennial Blair Crosby, senior manager of culture and engagement at Dagger. “If Gen Z staffers are empowered, engaged, and enjoying their workplace culture, they’ll shout it into a digital megaphone; if they’re not, they’ll shout it into a megaphone, too. That kind of new, public accountability has been a real catalyst for change in our historically slow-to-move industry.”

Brands can no longer get by on surface attempts to appear woke when a whole generation of viewers won’t hesitate to call them out. Gen Z is the first generation of true digital natives, and that’s made them more sophisticated and critical consumers of media than any generation before them. “They are hyper-aware of empty brand missions and false company promises, and they are not afraid to challenge the status quo and call companies out on unethical business practices,” says millennial Victoria Gates-Fleming, VP of digital strategy and creative insights at Day One Agency. “This means they’ve helped to collectively raise the bar for workplaces to establish actionable plans regarding social issues including sustainability, inclusivity, and anti-racism.”

That pressure also translates to a raised bar when it comes to what’s accepted within the workplace and what the best ways to work really are. “With Gen Z questioning the work-obsessive culture of previous generations, and the growth of flexible work environments, workplaces will become more focused on impact, versus input,” says Xennial Lara O'Shea, executive director of strategy and insights at VMLY&R. For the most diverse generation in history—as relates to ethnicity and gender, but also neuro and physical diversity—that spirit of demanding more and better likely spells greater positive change for the future of workplaces. “Gen Z doesn’t want to be tolerated or accepted, but to be celebrated as who they are,” says O’Shea.

The conversations being sparked and debates being had in offices and conference rooms across the country are resulting in a wave of cultural shifts that doesn’t show any sign of slowing. While forward movement is happening, these shifts also inevitably involve some pushback from the elder generations who currently occupy said offices and conference rooms. “The friction we’re seeing today across the range of generations is creating a dialogue for change,” says Xennial Jorge Prado, co-founder of Admazing. “Whereas our history has been less oriented around change for good, we’re now steeped in a higher awareness of empathy and understanding.”

Altering deeply held notions about something as central to our lives as work can be challenging—even when generational divides are really only made up of a few years. “I started my career at a time when the workplace was a crazy world of long working hours and partying, plus a vein of fear rippled throughout,” says Gen Xer Joe Bachle-Morris, co-founder and chief operating officer at Admix. “Gen Zs expect to be given the tools to succeed. They speak up. They argue. They challenge. And they certainly answer back. Some millennials find that too much.”

Though millennials came of age with the internet, Gen Zs were born into it, and that important distinction is clear in how both groups put technology to use. “They’ve never known a time without the internet,” says Day One’s Gates-Fleming. “Gen Z aren’t afraid to upskill themselves with a Google search or YouTube tutorial and broaden their knowledge proactively.” They’re also more vocal than their just-slightly-older counterparts, which means a different approach to how they may go about expressing their views. “Gen Z is able to get their point across more efficiently than any prior generation because they’re the first to grow up using social media, where ideas are spread faster and farther than any medium ever before,” says Bandolier’s Hickok.

The very real upside to all this cultural upheaval is progress, the benefits of which reach across hierarchies and generational divides. “We all win when authenticity, culture, and accountability act as the foundation of a company’s culture,” says Dagger’s Crosby. “Gen Z is vocalizing what other generations have felt on a much larger stage.”

Ultimately, everyone wants a positive workplace that values their contributions and respects their boundaries—even if a request for a mental health day may sound like a bold ask. “The slight friction between millennials and Gen Z can also be viewed more as a correction of engraved beliefs,” says millennial Cristina Chaidez, content strategist at ArtVersion. “There is recognition from millennials that standards in workplaces could be reshaped, and they have rocked a slight shift in moving that boulder, but Gen Z has pushed it full throttle.”

The common ground between generations—especially with millennials and Gen Z—is the acknowledgement of the need for boundaries between work and life, and a desire for a healthy, equitable workplace that sets all employees up for success. For the people in charge of these workplaces, the upside to getting on board with what’s current is clear. “While accountability and transparency may sound scary for a company, the actuality is that they are indeed upsides,” says Native Tongue’s Nance. “They are proven to encourage better workforce culture and spirit, build stronger brand and business ideas, and, importantly, generate positive financial returns. All good news!”

And for agencies who rely on an influx of talent, welcoming this kind of change could mean the difference between evolving or being left behind. “We say we want to grow our businesses. We say we want those that come after us to challenge and improve the world. Here is a generation ready to do that—I’d love to see us work with them to test and build out those ideas and values—to work together to see which have staying power,” says Christy Hiler, president at Cornett. “Let’s meet them in their vulnerabilities, welcome new perspectives, new ideas, and see if and how we can make [these values] work.” 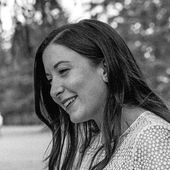