Today, Faceboook announced that it had reached its billion-user milestone, and to celebrate, it has launched a poetic film from its agency of record, Wieden & Kennedy in Portland, Ore.

The film, titled "The Things That Connect Us," opens with a series of artful, emotional vignettes of people sitting and interacting on chairs -- before moving on to other objects and events through which folks come together, such as a doorbell, airplanes, bridges or a basketball game. The point being, that all these things exist, perhaps, to remind us that we're not alone. It was created by Wieden & Kennedy, Portland, Ore., which Facebook today also unveiled as its global agency of record. 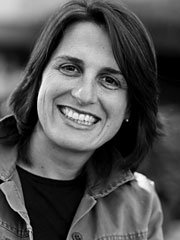 "What we're trying to articulate is that we as humans exist to connect, and we at Facebook to facilitate and enable that process," explained Rebecca Van Dyck, a former exec for Apple and Levi's who joined Facebook as head of consumer marketing in February. "We make the tools and services that allow people to feel human, get together, open up. Even if it's a small gesture, or a grand notion -- we wanted to express that huge range of connectivity and how we interact with each other."

Although it seems to mark a single moment, it's a vital component of a branding strategy that's been a year in the making, one not originally intended to coincide with the social network's milestone moment.

"This started long before we knew we were going to reach a billion," said Ms. Van Dyck. "We started thinking about this a year ago and approached Wieden & Kennedy to help us craft a message that articulated our values and who we are. It wasn't until recently that we realized we were close to reaching 1 billion, and we thought what an amazing way to honor our users, to create this piece for them."

The film launched this morning globally, with an introduction from founder Mark Zuckberg. Ms. Van Dyck said Facebook will also be using its various ad products, including premium page posts and sponsored stories, for the rollout. "We'll be able to walk the footsteps of what our advertisers go through," she said.

Wieden's role
Although Wieden & Kennedy had previously worked with Ms. Van Dyck while she was at Levi's, she said the agency preceded her arrival at Facebook and was brought in by Brand Creative Lead Jessica Sittig when the company started to consider a bigger consumer-facing push.

In developing the idea, Wieden Creative Director Karl Lieberman said the agency spent months meeting with Facebook staffers and getting to know the company. "We tried to figure out what it is that the company's really interested in," he said. "There's a quote by David Kennedy that I really love: 'Great brands don't talk about themselves, they talk about what they really love.' If you follow that blueprint, you'll realize that Facebook loves things that are social. It finds it interesting and essential that there's this innate, human desire to connect."

The film was directed by Alejandro Gonzalez Inarritu of Anonymous Content, who directed the critically acclaimed film "Amores Perros" as well as previous high-profile Wieden projects like Nike's "Write the Future" and the Emmy-awarded "Best Job" Olympics spot for P&G. The agency chose him for his ability to add emotional depth to an idea that on paper, was "almost academic, anthropological," said Mr. Lieberman. "We knew we needed Alejandro to take a simple, logical argument and bring a true sense of humanity to it. We didn't want it to feel critical, as the words are pretty straight, so we wanted him to drop that layer of real human emotion on top of it."

"One of the things that we were really excited about was that he creates epic pieces of film but he can capture the smallest gesture of intimacy and connections, and that was going to be really important for us to get across in a short amount of time," Ms. Van Dyck added.

In terms of tone, since this would be Facebook's first major marketing message, "Facebook wanted to speak in a significant, but humble way," said Mr. Lieberman. "We thought that starting off with chairs really did that. We don't think about chairs a lot, but you can if you want. You can spend $5 on a chair, or $5,000. They could be incredibly ordinary, or incredibly sophisticated. We thought it was a humble but interesting way for Facebook to start talking about itself."

Continuing in the humble vein, the ad makes no mention of the billion-user landmark. "We wanted to use 1 billion as the platform and the moment in time, but we didn't want to turn the message to be back about us in any way," said Ms. Van Dyck. "We like the idea of using the context of the moment but we wanted the piece to be thoughtful and to be about our users."

Going forward, Ms. Van Dyck couldn't disclose any specific marketing plans but said the efforts will continue with the help of Wieden. "The best marketing that we have is people coming to Facebook every day connecting with their friends, families, local business, but every once in a while we're going to want to define for ourselves who we are and share our values," she said. "You're seeing that from us today and it's a conversation we want to continue with our consumers."